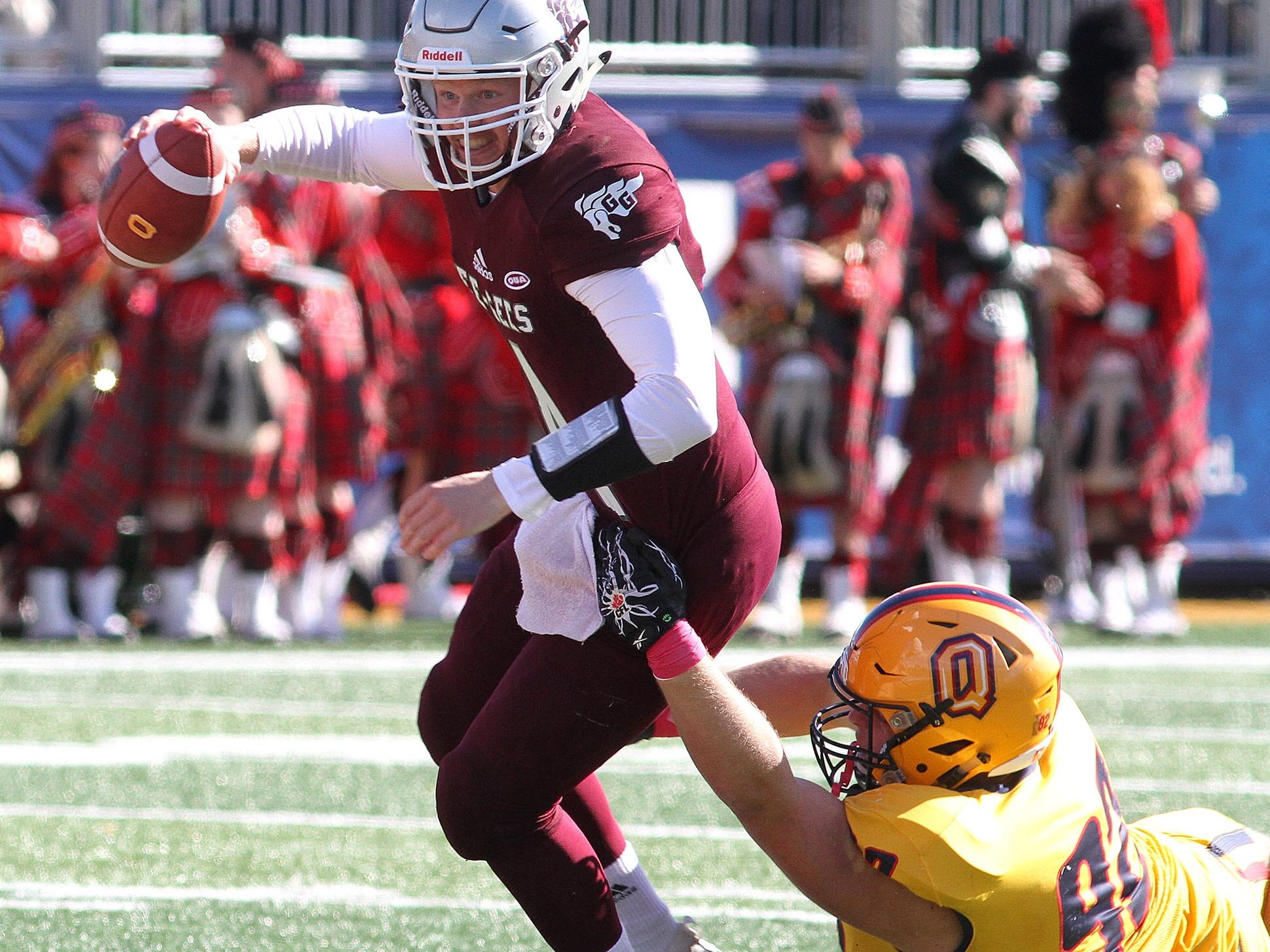 The Winnipeg Blue Bombers kicked off CFL draft day with a bang on Tuesday, trading away their first-round pick in a package to acquire Canadian defensive tackle Cameron Lawson from the Montreal Alouettes.

He played in four CFL games last year with Montreal, but did not record any stats.

Lawson was a highly touted Canadian prospect coming out of Queen’s University, where he was named Ontario University Association lineman of the year in 2019.

During his university career, he put up 74 tackles, 19 tackles for losses and 11 sacks.

The Bombers had only one Canadian defensive tackle on the roster heading into training camp, that being veteran Jake Thomas, who is almost certain to be a starter again in 2022.

Lawson should provide the Bombers with some depth in that area.

The Bombers do move down four spots in the draft — from ninth to 13th — but that should not affect their ability to get a decent player with that second-round pick.

However, a recent development could mean the six-foot-three, 330-pound Dobson is back in the mix for the Bombers. TSN reported Monday that Dobson’s USFL contract has fallen through due to a work visa issue.

Instead, he has lined up NFL mini-camp invitations with the New Orleans Saints and Chicago Bears. Should he remain unsigned after those mini-camps, Dobson could be in a position to sign with the Bombers and would immediately be a candidate to replace all-star Desjarlais at left guard.

That possibility is likely why the Bombers felt comfortable trading their first pick to shore up their defensive line depth.

Though the Bombers have star defensive ends in Willie Jefferson and Jackson Jeffcoat, their depth was depleted a bit when Jonathan Kongbo signed with the NFL’s Denver Broncos.

Mack III (Rhode Island) and Berner (Southern Illinois) come to the Bombers straight out of college.

TSN is also reporting that the Alouettes have acquired the first overall pick in Tuesday night’s draft from the Edmonton Elks in exchange for the fourth overall pick and the rights to Canadian offensive lineman Carter O’Donnell, who is currently with the NFL’s Indianapolis Colts.

The Alouettes drafted O’Donnell in the third round (22nd overall) in 2022.