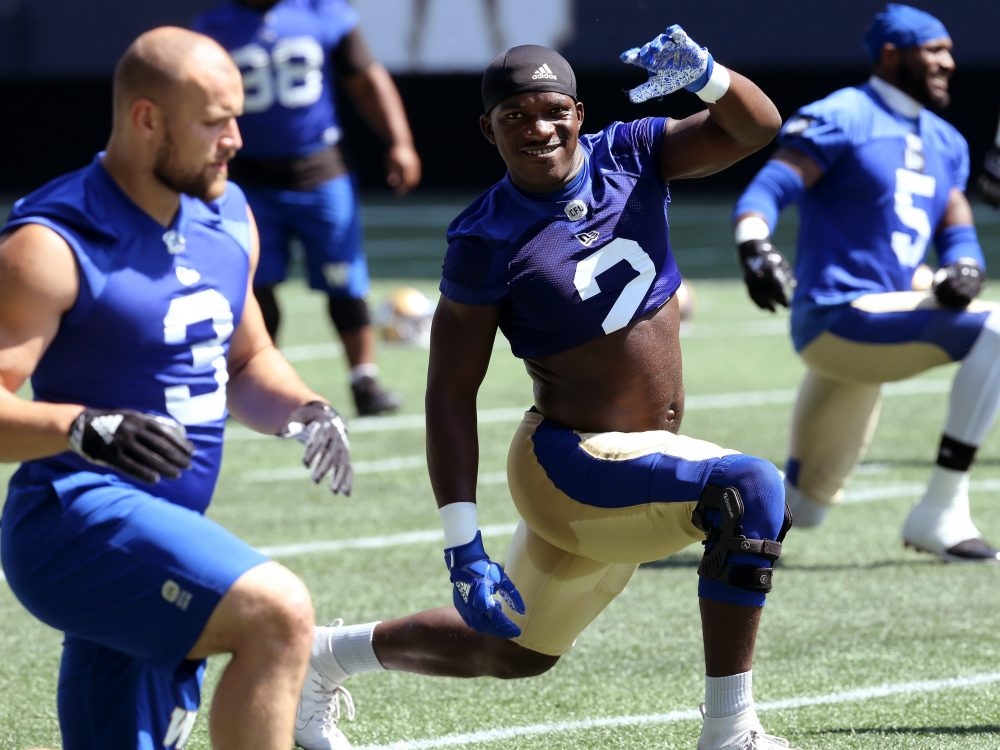 The Winnipeg Blue Bombers have re-signed one lineman and released another so he could sign an NFL contract.

Heading south is defensive lineman Jonathan Kongbo, the 25-year-old taking his second crack at the NFL.

A product of Surrey, B.C., Kongbo played all 14 games and the playoffs last season, recording four sacks during the regular season, another in the West Final win over Saskatchewan.

Winnipeg’s first-round draft pick in 2019 also tried the NFL after helping the Bombers win the Grey Cup in his rookie CFL season, but was eventually released by San Francisco.

The latest NFL interest in other Bombers so far this week: receiver Kenny Lawler worked out for Atlanta, O-lineman Drew Desjarlais for Seattle and New Orleans. Both can become CFL free agents, Feb. 8.

The 29-year-old, former Toronto Argonaut is coming off a limited role in his first season in Winnipeg, he dressed for just two regular-season games, plus the Grey Cup win over Hamilton.

An Etobicoke, Ont., native, Kolankowski spent most of the season on the practice roster.