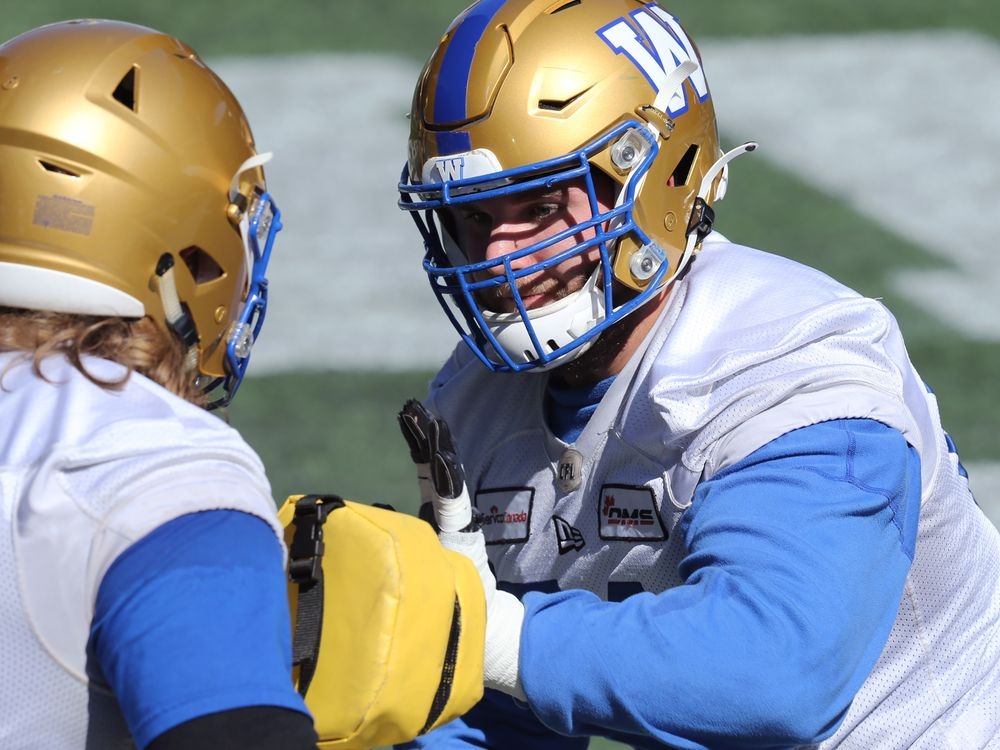 From a Canadian university to an NFL contract in two short seasons – with two Grey Cup championships along the way.

The remarkable story of Winnipeg Blue Bombers draft pick Drew Desjarlais continues as the 24-year-old on Tuesday was set to sign with the NFL’s New England Patriots.

The Bombers released Desjarlais from his CFL contract earlier in the day. The two-time defending Grey Cup champions had previously granted permission for around a dozen NFL teams to test the offensive lineman in personal workouts all across the U.S..

A 6-foot-2, 314-pound product of Belle River, Ont., Desjarlais was Winnipeg’s first-round draft pick out of the University of Windsor in 2019.

He was starting by the end of his first season, helping the Bombers end a 28-year championship drought.

After the 2020 CFL season was cancelled, Desjarlais, a guard, started all 14 regular-season games in 2021 and was named a West Division all-star as Winnipeg won its second consecutive Grey Cup.

Bombers GM Kyle Walters was quickly flooded with NFL requests to work him out, culminating in Tuesday’s news he’d landed with the Patriots.

“You can’t replace him,” Walters had said a day earlier. “He came in and won a starting job as a Canadian O-lineman halfway through his first year and established himself as one of the best guards in the game.

“That’s an unbelievable story… hopefully he can provide some hope or a blueprint for a lot of these other young Canadian kids playing at U Sports schools that maybe aren’t a Western, a Montreal, a Laval, a Saskatchewan, some of the bigger programs. Keep working hard and you can get your shot as well.”

Desjarlais is the second member of the Bombers to sign an NFL deal this winter, joining defensive back DeAundre Alford, with Atlanta.