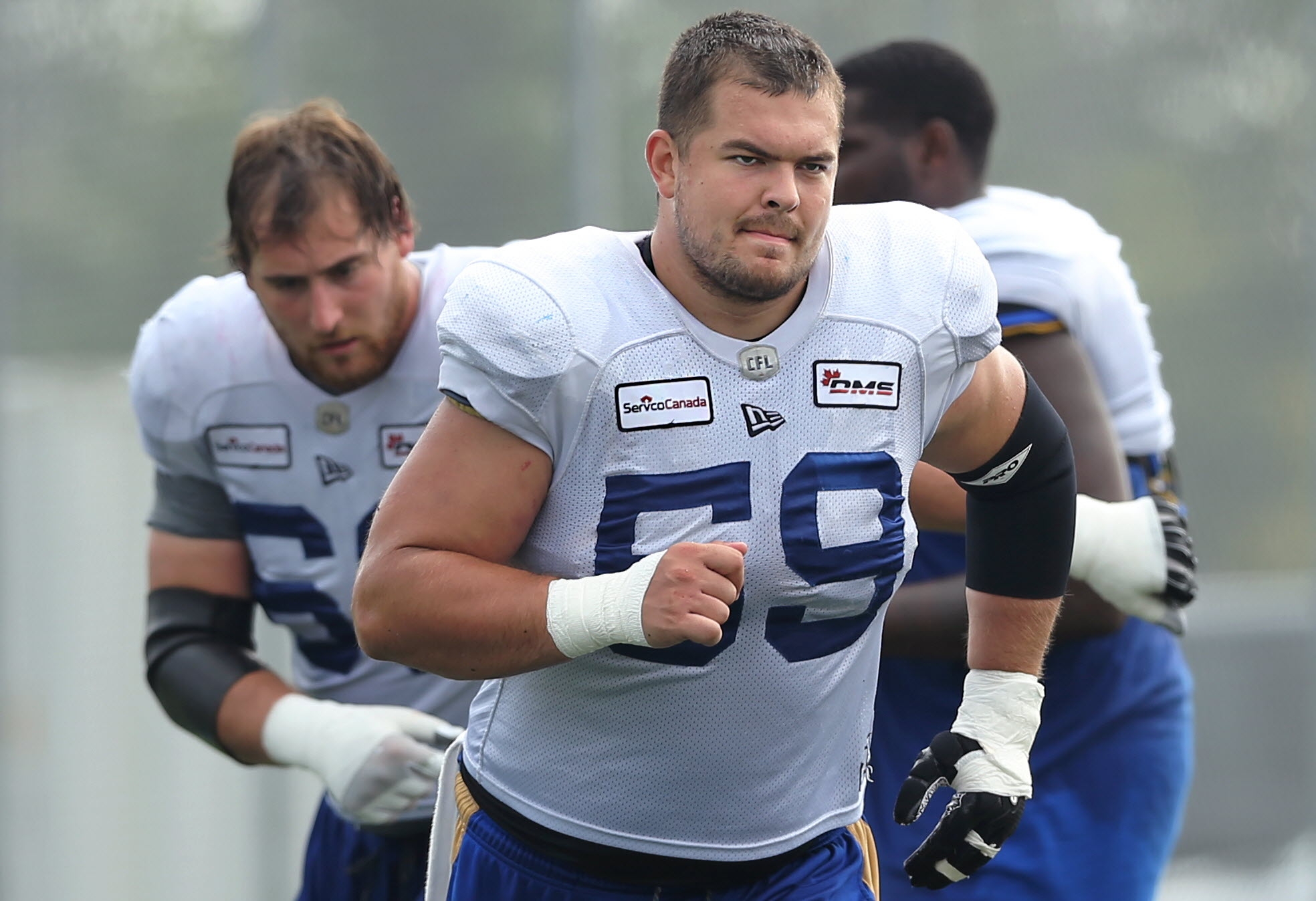 It was in the moments after the 2019 Grey Cup game, pandemonium all around him, that Winnipeg Blue Bomber Michael Couture made a vow, of sorts.

An ankle injury in the last game of the regular season had robbed Couture of a chance to play in that historic victory, the team’s first in 29 years.

So as enjoyable as it was to watch teammates celebrate, the then-25-year-old wanted to experience the real deal.

“Immediately in my head I’m going, ‘I’ve got to get back to this game and be able to play in it,’” Couture, on the line from Vancouver, recalled on Tuesday. “That was a big, driving motivator for me. And for it to happen in the next playable year, after having COVID in between with no season, for that group to come back and to be a part of it was really a dream come true.”

Couture will get a chance at chasing a third CFL title, after signing a one-year contract extension this week, even with free agency beckoning next Tuesday.

There’s something else beckoning.

The B.C. native never did get a day with the Grey Cup that 2019 off-season.

So he’s got a pretty good plan mapped out for the day he gets his mitts on the historic trophy, whenever that is.

“Hopefully soon,” he said. “I’ll probably take it to my elementary school, to be honest. And then high school. I’ll take it probably to SFU. And then just out to see friends and family. The typical route.”

Couture has taken a fairly typical route to this point, as well.

Simon Fraser University is as close to a football factory as you’ll find in Canada, and the Bombers made him a second-round draft pick in 2016.

His Grey Cup dream began long before that, though.

“Oh, man, far before I’ve been in the CFL, I’ve had a dream of being able to fill that thing up with whatever kind of food I want, and take it to the people that helped me get to the position that I’m at now,” he said. “That’s something that I’m really looking forward to, is sharing it with the people that have supported me along the way.”

Those people won’t include his father.

That magnitude of loss, coupled with the fact he has no siblings, perhaps helps explain why Couture so values the family atmosphere that’s developed with his team in Winnipeg.

And why eschewing free agency, and perhaps a chance to play for his hometown B.C. Lions, wasn’t a hard decision.

As we’ve heard from player after player, there’s something about a locker-room that just feels right.

“Everybody just has the same drive,” Couture said. “Everybody gets along. I was a single child growing up and I honestly feel like I now have a room full of brothers. It’s hard to explain.

“At the end of the day, I wasn’t wanting to leave what we built in Winnipeg.”

Not a bad crew, even if star-in-the-making guard Drew Desjarlais – who had his day with the Cup in his hometown of Windsor, Ont., Tuesday – has signed with New England in the NFL.

“For us to have four out of the five divisional all-stars this year is telling,” Couture said. “But then also we all communicate very well. We’ve played a lot of football together, and I think that goes a long way.”

Couture may have been the only one of the starting five who didn’t get a West Division all-star nod, but he was selected to the CFL Players Association all-star team, not a shabby make-up call.

That was a first, a culmination of five seasons of hard work and some solid mentorship along the way, from people like Bob Wylie, his first O-line coach, and former hog Jeff Keeping.

“I feel like an entirely different person, to be honest,” Couture said, comparing his rookie self to today’s. “I’m just very appreciative of the organization allowing me to develop over those first couple of years, and seeing it through. I’m very happy with where I’m at now.”

Not as happy as he’ll be when he gets that Cup for a day.

So, what kind of grub does he plan to eat from it?

“I’m not a huge cereal guy,” Couture said. “I feel the cereal thing is probably overplayed a little bit now. So I might go with, like, dry ribs. Or some garlic parm fries, or something like that.”