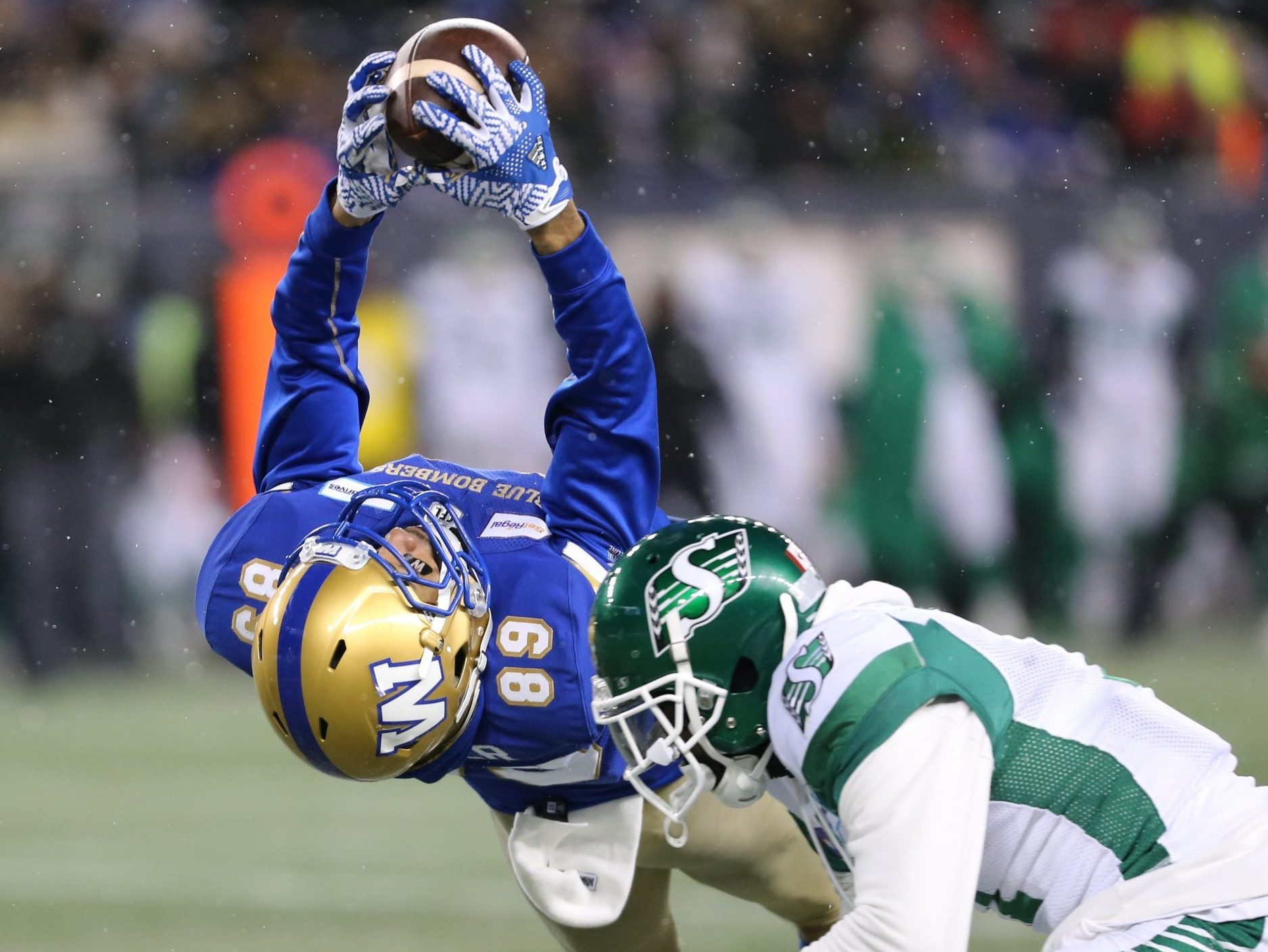 The Winnipeg Blue Bombers no longer want to know if you’re vaccinated — not for CFL games starting in June and not for Valour FC home games beginning May 1.

As of Sunday, the doors to the stadium will be thrown open to anyone, regardless of vaccination status, for the first time during the COVID-19 pandemic.

“We see what’s going on and the direction we’re going in society,” Bombers president/CEO Wade Miller told me, Monday. “And it’s an outdoor venue and we look forward to getting back to normal and getting our fans back. When restaurants are open and the rest of society and Manitobans open back up, we believed it was the right thing to do.”

Since the Jets have kept the vax mandate this season, the Bombers, who own the Canadian Premier League soccer team, become the first organization in the province to lift it for a major sporting event in Manitoba.

The first Canadian Football League game at the stadium, a pre-season game against Edmonton, is scheduled for May 27.

Miller acknowledges the football club made the decision on its own, without expert medical advice.

We apologize, but this video has failed to load.

“We didn’t in this case. Being an outdoor venue, we felt comfortable in doing this, based on where we’re headed right now,” he said. “We’ll base what we do on the public health rules of Manitoba at the time. That’s what we did this time. Everything’s wide open.”

But should it be?

And should the Bombers, as a community-run organization, be leading the way with a more cautious approach?

Kevin Coombs, a professor in medical microbiology and infectious diseases at the University of Manitoba, says with COVID cases on the rise, and grossly under-reported, it’s bad timing on the part of the two-time defending Grey Cup champs.

“Now is not the right time to drop masks for large gatherings, even in outdoor stadiums. Same for vaccination status,” Coombs said, via email.

A new study, published Monday in the Canadian Medical Association Journal, backs that up.

The study’s findings: People who are not vaccinated contribute disproportionately to the risk of infection for those who have been.

Coming off a cancelled 2020 season, the Bombers were quick to adopt a vaccine mandate for the 2021 campaign. They averaged just under 26,000 fans per home game, third in the CFL, behind Saskatchewan and Edmonton.

Miller says there’s no way of knowing how many fans stayed away because of the vax requirement.

Another expert at the U of M says the Bombers’ decision is reasonable, given what’s happening overall.

“Would I prefer they kept it? Yeah, as a medical professional I’m always happy to see some push to encourage vaccination,” Anand Kumar, professor of critical care and infectious diseases, said. “But as a citizen, it’s a reasonable decision to make, given we’re talking about an outdoor venue where the risk of transmission is relatively low. As a whole, we’re probably moving more quickly to lift restrictions than is wise.

“But I don’t think I can particularly point to this particular decision as one that is going to adversely affect the community.”

At the same time, Kumar acknowledges the increased risk of sitting near a person who’s not vaccinated.

“There’s no question it’s riskier,” he said. “And it’s something you need to be very cognizant of. But it seems the province is putting it on us as individuals in the community to assess our risks.”

We apologize, but this video has failed to load.

He recommends wearing an N95 mask in public places, indoors or outdoors. Even then, you have to count on people staying home if they have symptoms.

Most importantly, get as many vaccine doses as you’re eligible for, whether anyone requires it or not.

“We’re all incredibly tired of two-and-a-half years of this,” Kumar said. “While my medical side says we could be safer if we don’t do this, my human being side says we can’t keep this up forever. But we still want to be really careful in these environments.”

One thing our experts agree on: The message we’re getting from our political leaders is misleading. The pandemic isn’t over.

“Absolutely it’s not,” Kumar said. “We’re still solidly in the sixth wave. I hope we’re seeing one of the last waves. As long as we don’t see another major variant come up, and as long as that variant doesn’t escape vaccination coverage.

“I hold my breath on it, because there’s a lot of the world that still has very active infections.”

Miller says he realizes some season-ticket holders will be concerned. The Bombers will hold their seats until next year, if they prefer.

Those who attend can obviously wear masks. The game staff will remain masked, Miller says.

“Obviously as we’ve seen, things can change at any time.”

It seems the Bombers are risking being one of the reasons.