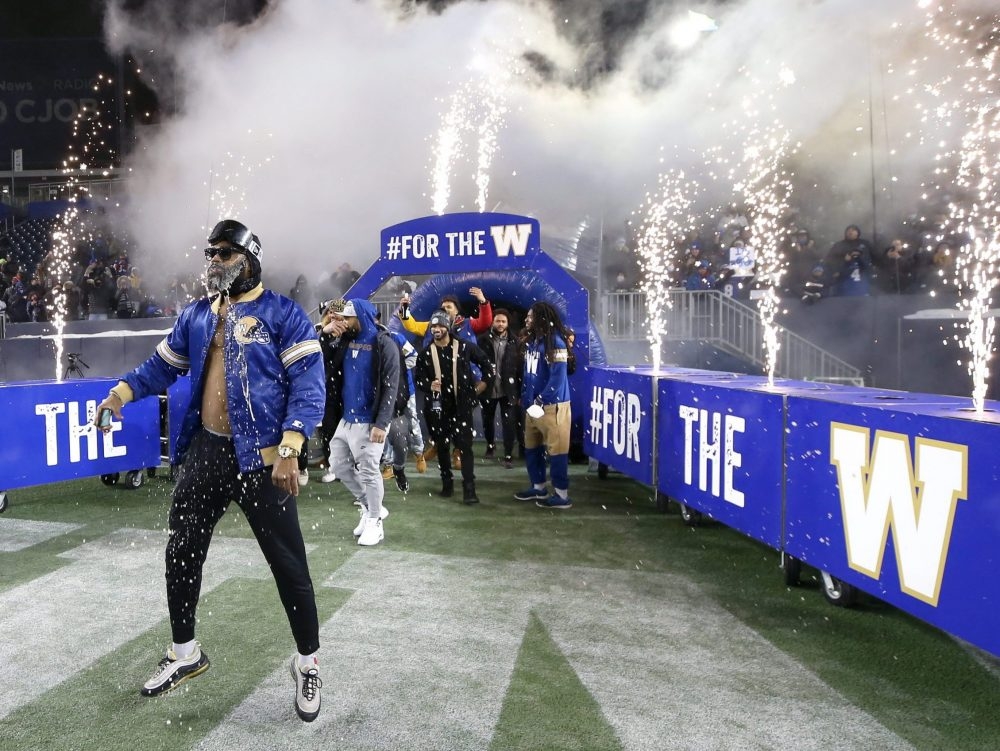 He’s not the type of guy to keep things inside. Truth is, Rasheed Bailey’s heart is usually in full display on his sleeve.

So in a chat with the Winnipeg Sun about his new contract, it didn’t take long for the Winnipeg Blue Bombers receiver to open about about the struggle he endured last season.

A struggle that made the Bombers’ eventual Grey Cup championship, and his re-signing on Wednesday, all the sweeter for the Philadelphia native.

“A lot of people don’t really know, I went through a lot last season,” Bailey began. “And we wind up coming out on top. And to be back, home, where I belong, where my heart is, it was the right thing for me. I’m extremely happy.”

It was back at his original home, Philadelphia, where hard times were hitting, even as the Bombers were rolling to the CFL’s best record in 2021.

Bailey has previously related the tragic story of losing a cousin to an allergic reaction.

But there was more.

His mother came down with COVID and had to be hospitalized. He also suffered a knee injury, but gritted his teeth and played through it.

Then came another scare.

“My best friend wound up almost losing his life to COVID,” Bailey said. “And this was right before the playoffs. It was a challenge for me. It was much more personal than a lot of people think.”

Teammates, coaches and the team chaplain helped him get through it, allowing Bailey’s breakout season to keep rolling.

The adversity Bailey overcame provides a glimpse as to why he signed a contract extension in Winnipeg, rather than parlay his 52-catch, 629-yard, five-touchdown season into a bigger free-agent payday.

“Those guys helped me get my joy back,” he said. “And I got it back at the right time. And I was able to give my energy and my love back to my teammates. And we went on to win another Grey Cup. That’s why this place is special to me. It’s not all the glamour. It’s a lot of hard-working people coming together as a family… it just wouldn’t have sat right in my heart if I’d have left that.”

Not that the decision was easy.

Bailey took advantage of the CFL rule allowing would-be free agents to gauge interest from other teams this week.

“It was hard,” he said. “Very, very hard. Let’s just say it got interesting.”

Yes, he got a well-deserved raise.

No, he didn’t get anywhere near what teammate Kenny Lawler appears to be headed for next week.

The B.C. Lions are reportedly ready to drop $250,000 in Lawler’s lap for 2022, double what his previous contract called for.

The Bombers aren’t expected to compete with that, not after handing out extensions to quarterback Zach Collaros and their top offensive and defensive linemen.

A challenge he’s ready for, he says, because he’s put in the work.

“If I am the guy, you’re getting everything from me. It’s already proven. The proof is in what I do. Everybody knows what I’m about. Everybody sees it on the field, the passion, the love, everything I bring to the table.”

A business that still leaves plenty of room for heart, though.

It’s the only way Bailey knows how to live: by feeling.

The hard things he felt last season made him better, he says. A better person, player and leader.

“I look back at all of it, and I don’t regret anything. Some of it hurt. But great things happen through pain. I was able to conquer all of it… now I get to tell this beautiful story.

“And the story continues. It continues in Winnipeg.”

Broad Street Bailey
Philadelphia born-and-raised, Rasheed Bailey has a plan if he ever gets the Grey Cup for a day.

“I would definitely ride down Broad Street with it, probably with it on the hood of my car. Welded, so it doesn’t drop.”

After Bailey gets his day with the CFL trophy, there’s somebody he wants to bring to Winnipeg next season.

His mother has yet to see him play live in the CFL.

“My biggest goal for 2022 is to get her to a Winnipeg home game,” Bailey said. “I want my mom to come enjoy that environment, and for the people of Winnipeg to welcome her and show my family some love. They’ve only seen me play on TV up to this point, because of COVID. I would like my family to come up to Winnipeg and see what it’s like, the environment, the bells, the horns, the cannon – I want them to enjoy that experience.

“Because it became a part of me. And I want it to be part of them.”

Oh, Mercy
Mercy Maston is the latest player to re-sign with the Bombers, inking a one-year extension on Wednesday.

The linebacker/defensive back missed all of last season after suffering a torn Achilles tendon in training camp.

He played a key role in the secondary in Winnipeg’s run to the 2019 Grey Cup.