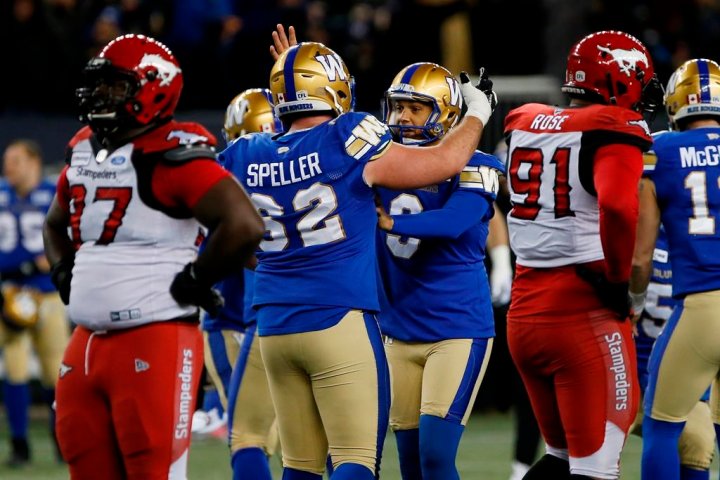 The Winnipeg Blue Bombers completed a trade on Wednesday to send one of their pending free agents to the Toronto Argonauts.

The Bombers dealt offensive lineman Cody Speller and their 52nd overall selection in the 2021 CFL Draft to the Argos. In return, the Bombers receive the Argos’ 48th overall pick in the upcoming draft.

The 26-year-old Speller is set to become a free agent on Feb. 9.

Speller appeared in 15 games for the Bombers over the past two seasons after joining the club as an undrafted free agent.

As an injury replacement for Michael Couture, Speller started at centre in all three of their playoff games en route to winning the 2019 Grey Cup.

The entire Bombers’ starting offensive line from their championship season is already under contract for the 2021 season with Couture, Stanley Bryant, Jermarcus Hardrick, Patrick Neufeld, and Drew Desjarlais all signed.