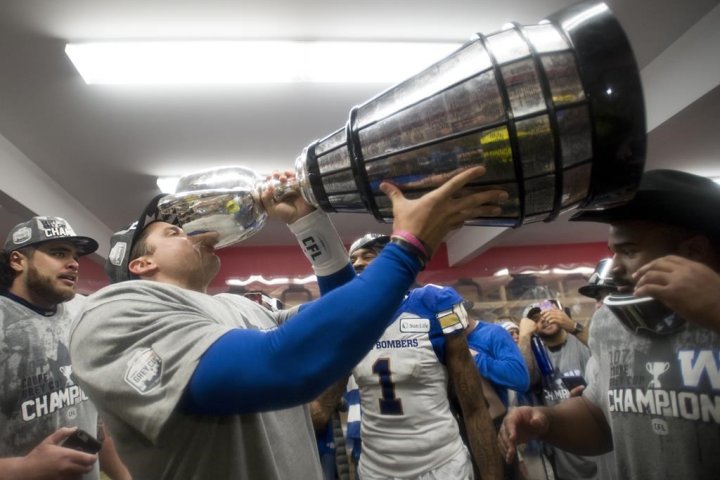 In a tweet Wednesday, the Bombers said they’ll unveil the new hardware at 7:30 p.m. on Thursday.

The team says it will post video of the unveiling to social media following a private ceremony.

The Winnipeg Blue Bombers ended a 29-year drought by winning the 107th Grey Cup against the Hamilton Tiger-Cats in November.

Hamilton was the CFL’s top team during the regular season with a 15-3 record. Winnipeg was third in the West at 11-7.

The Bombers beat the Tiger-Cats by a final tally of 33-12 at McMahon Stadium in Calgary.

Winnipeg had not won a Grey Cup title since 1990. The second longest drought belongs to the Tiger-Cats, whose last title came in 1999.

Production of the coveted Grey Cup rings were briefly put on hold by Canadian jeweller Baron Championship Rings due to the ongoing novel coronavirus pandemic.