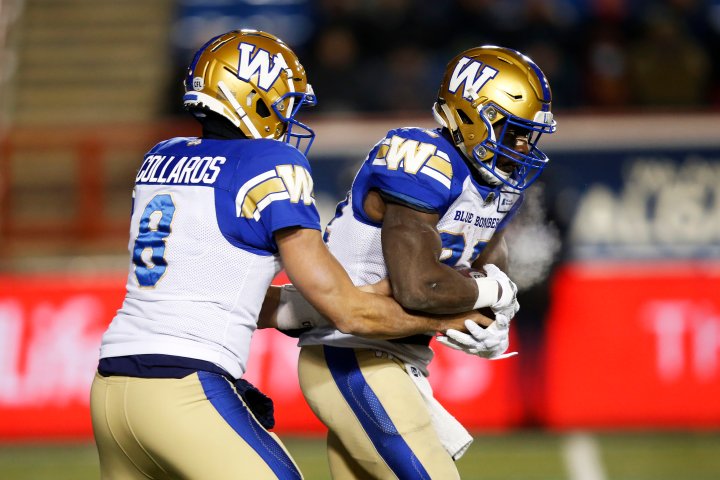 The Winnipeg Blue Bombers signed one of their three pending free agent running backs on Thursday, but it’s probably not the one most fans were hoping for.

Bombers general manager Kyle Walters indicated earlier in the off-season that it would be unrealistic they could sign all three.

Augustine, 28, played the last three seasons in the blue and gold, mostly in a backup role. But with Harris sidelined for much of last year, Augustine had the most productive season of his young career.

He had career bests in carries and rushing yards, running the ball 40 times for 285 yards. Augustine also posted a career-high 148 yards rushing against the Calgary Stampeders in November and was named one of the CFL’s top performers of the week.

Augustine was not selected in the CFL Draft, but latched on with the Bombers after tryouts with both Edmonton and Saskatchewan.

Augustine is one of just two running backs under contract with the Bombers for next season with Kyle Borsa also locked up for the 2022 season.