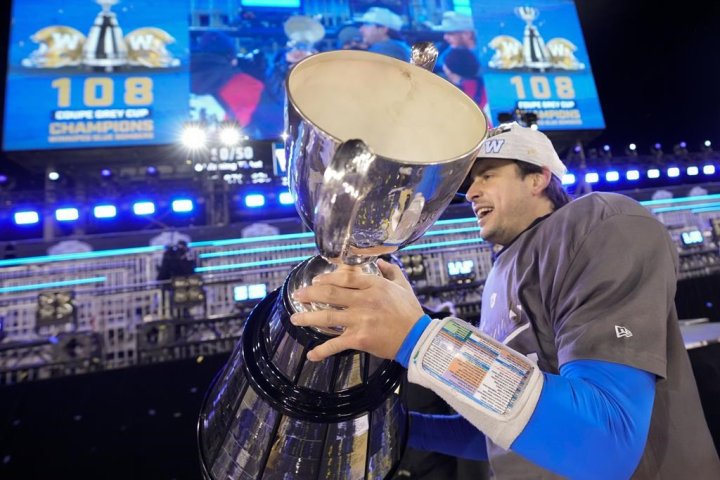 The Winnipeg Blue Bombers continue to get the band all back together again.

The Bombers announced a pair of major signings on Thursday, including arguably their top player on both offence and defence.

Collaros became the first quarterback to lead the Bombers to back-to-back Grey Cups since Ken Ploen in their early 1960s.

He was named the winner of the league’s Most Outstanding Player Award and the most valuable player of the 108th Grey Cup game in 2021.

The 33-year-old was second in the CFL in passing with over 3000 thousand yards, and led the league in passing touchdowns (20) and quarterback rating (111.0).

Collaros is 17-2 as a starter since joining the Bombers late in the 2019 season.