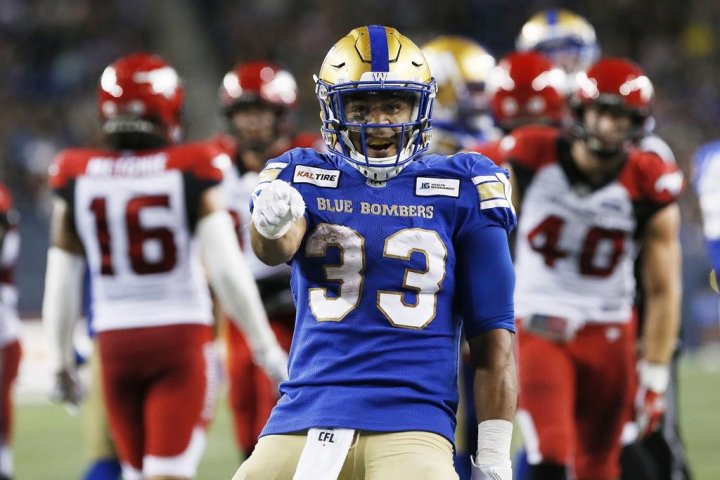 The Winnipeg Blue Bombers will have to try and clinch top spot in the West Division standings Saturday without running back Andrew Harris.

The Blue Bombers placed the 34-year-old Winnipeg native on the six-game injured list Friday with a knee ailment.

The Bombers have not only won seven straight games but are unbeaten both within the conference (7-0) and at IG Field (5-0) this year.

Harris ran for 39 yards on six carries in Winnipeg’s 26-16 win last week over Edmonton. But he grabbed his right knee after a five-yard TD reception late in the first half.

Brady Oliveira replaced Harris and ran for 105 yards on 16 carries against the Elks. He’ll start in Winnipeg’s backfield versus the Lions.

This season, Harris has rushed for 623 yards and three TDs on 116 carries (5.37-yard average). He has also recorded seven receptions for 116 yards and a touchdown.

Harris missed Winnipeg’s first three games of the season with a calf ailment.