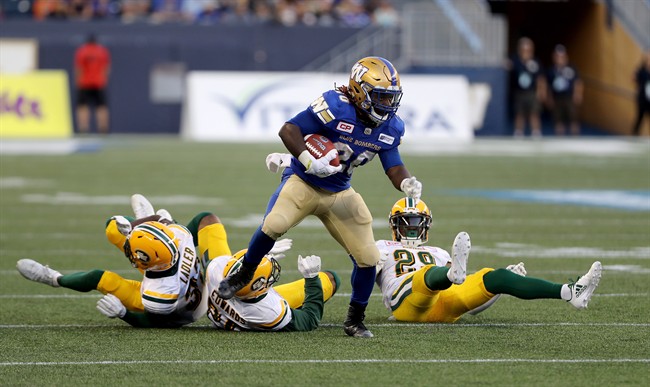 The injury bug showed no mercy to the Winnipeg Blue Bombers as the team suffered their first major injury of training camp with defensive back Mercy Maston lost for the entire season.

According to the team, Maston suffered a torn Achilles tendon on Sunday in practice and he already underwent season-ending surgery earlier on Monday.

“Obviously, losing a guy who was slated to start and who was very effective for us, it’s tough, it’s tough,” head coach Mike O’Shea said on Monday. “It is pro football, pro sport. You’ve got to be able to be resilient in terms of a coaching staff and figuring out the roster. But you guys know me by now, the personal side is not easy.”

“You’ve got a young man who waited a long time to get back on the field, like all these other guys. And to me, he was such an integral part of our run last year — very effective player, hard-nosed guy. I love his personality out there on the field. Certainly, that will be missed.”

The 28-year-old Maston was tabbed to start at the dimeback spot after joining the club midway through the 2019 season.

He appeared in three regular-season games but really left his mark in the playoffs.

Maston played a big role in their championship run on defence with 13 tackles, one sack, and one interception in their three playoff games.

“You just love your guys,” O’Shea said. “When you lose one of them that you’ve put time into, and built up a relationship with, and marvel at the plays they can make, and those types of things, it’s tough.”

The Bombers were already without two defensive backs from their Grey Cup-winning squad after the departures of Winston Rose and Marcus Sayles.

Bombers general manager Kyle Walters took an immediate step to fill the hole in the starting lineup by swinging a trade with the Toronto Argonauts.

The Bombers acquired veteran defensive back Alden Darby from the boatmen for American offensive lineman Terry Poole who has no prior CFL experience.

The 29-year-old Darby played three seasons in Toronto and recorded one sack and eight interceptions in 43 games, including five picks in 2019 alone.

“The number one thing for us, is you’ve got a guy who’s got experience,” O’Shea said. “He’s started a pile of games in the CFL in the secondary. So he understands CFL offences, route combinations, width of the field, spots on the field that are hot. He understands a lot of the stuff.”

“We will have to take some time to get to know him exactly, and figure out where, exactly, we want to put him, and how that looks. It’s still training camp, so he understands that he’s going to come in, and have to compete too, and he’s a little bit behind.”

READ MORE: Bombers ready to kick off season with a full crowd at IG Field

The Bombers also announced their first round of cuts on Monday as they slashed the roster by 10 players.

The most notable player to get released was quarterback Dalton Sneed, which leaves only three quarterbacks left in camp. The move indicates that Dru Brown has won the their stringer job behind Zach Collaros and Sean McGuire.

All CFL rosters have to be cut down to 75 men plus draft picks and global players by 9 p.m. on Monday.