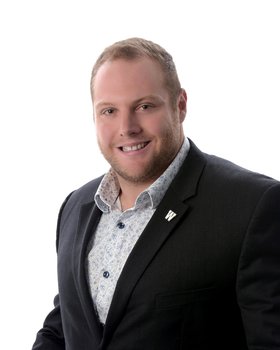 Winnipeg Blue Bombers defensive lineman Jake Thomas isn’t ready to hang up the cleats just yet. But the longest-serving member of the defending Grey Cup champs says the cancelled 2020 CFL season certainly “expedited” the process of preparing for life after football.

And it led him to file for his real estate licence in his hometown of Douglas, N.B., earlier this year.

Thomas says he began thinking about his post-playing days the last few years, with the idea of pursuing a career that would allow him to remain on Canada’s East Coast.

“Real estate kept popping up over and over, and before last season I wrote all my exams,” Thomas told the 680 CJOB Morning Show on the weekly edition of Breakfast with the Bombers.

The decision to embark on his new career doesn’t mean retirement is on the immediate horizon just yet for the eight-year CFL veteran, but Thomas said he will ponder that notion early in the new year.

“I’ve told myself I’m going to decide all that stuff more in January, when it’s more like a normal year — after the season,” said the former Acadia University star.

“Currently, I’d say I’m totally focused on real estate, although I’m still going to the gym. But I for sure would want to be able to fully focus on football and have that full off-season and have that football mentality starting in January.”

Thomas was the Blue Bombers’ fourth-round pick, the 29th player selected overall, in the 2012 CFL draft. He made the team in his rookie year and has gone on to play 137 games to date with 114 defensive tackles, 18 quarterback sacks, three forced fumbles and one interception.

The six-foot-two, 275-pound interior lineman also filled in on the offensive line earlier in his career and is one of the team’s most respected veterans. He admits the COVID-19 pandemic has certainly given him, and others, more time to think.

“One of the great things about playing in the CFL is it’s given me the chance in the past to job shadow and look at other careers for after football.”

“I don’t think anyone wants to be in this situation, but it’s good because it has made you realize how soon things can be taken away,” says Thomas. “I’ve been fortunate to be able to play football, basically for my entire 20s. I’ll be 30 in December, so that’s kind of creeping up.

“The first couple months of COVID I was talking to a lot of guys — the one that keeps popping up in my mind would be Justin Medlock — and we’d always be talking about our futures and stuff.”

Thomas says his first-ever CFL defensive tackle was in the 2012 season opener against the BC Lions, and it may well have been on current teammate Andrew Harris. And yes, he had a sale in his first week on the new job as well.