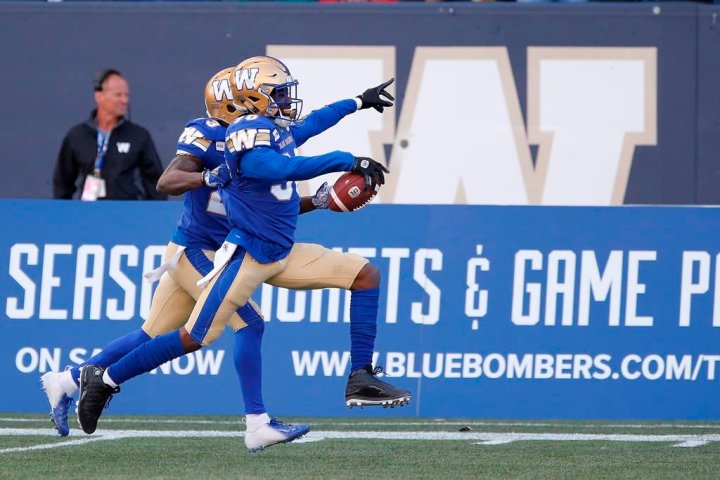 The best keep on getting better.

The league-leading Winnipeg Blue Bombers have brought back all-star defensive back Winston Rose. The Bombers announced the signing following practice on Wednesday.

The Bombers released Rose in December of 2019 to pursue opportunities in the NFL. He quickly signed on with the Cincinnati Bengals, where he spent the 2020 season, but was released in September.

Rose joined the Bombers in 2019 and led the CFL with nine interceptions in getting named a CFL all-star. He also recorded 58 defensive tackles while appearing in all 18 games that season.

The 27-year-old has also played one season with each of the Ottawa RedBlacks and the BC Lions.

Winnipeg also added American running back Shaq Cooper to their roster after he was released by the Lions last week.

The Bombers host the Lions at IG Field on Saturday at 6 p.m.