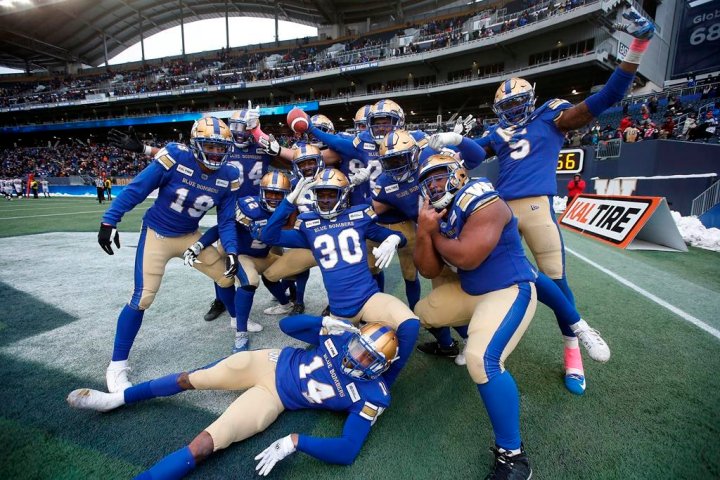 A busy week is getting that much busier for Winnipeg Blue Bombers general manager Kyle Walters.

The Bombers announced the signings of three more players on Thursday.

Taylor, 32, made a big impact down the stretch and into the playoffs after he signed with the club in August. Lining up at halfback, he appeared in their final four regular season games and all three playoff contests. He recorded a pick-six against the Montreal Alouettes and also had a clutch interception in their win over the Calgary Stampeders in the Western Semi-final.

He started the 2019 season with Edmonton and played three games before getting released. He’s also played for the Ottawa Redblacks.

Maston, 28, is also returning for a second season with the Winnipeg Football Club. He originally opted out of his contract back in August to test the NFL market after the 2020 CFL season was cancelled. He also arrived in August of 2019 and playing both halfback and the dime position, he recorded one sack and one interception in the six games he played.

He hasn’t missed a single game in his three seasons in Winnipeg.

Miller was chosen a West Division all-star in 2019 and was the runner-up for the Most Outstanding Special Teams Player award. He played his first six CFL seasons in Edmonton.

The Bombers have now re-signed nine players in just a little over a week with Stanley Bryant, Jermarcus Hardrick, Jake Thomas, Nic Demski, Thiadric Hansen, and Sean McGuire also locked up for the 2021 season.