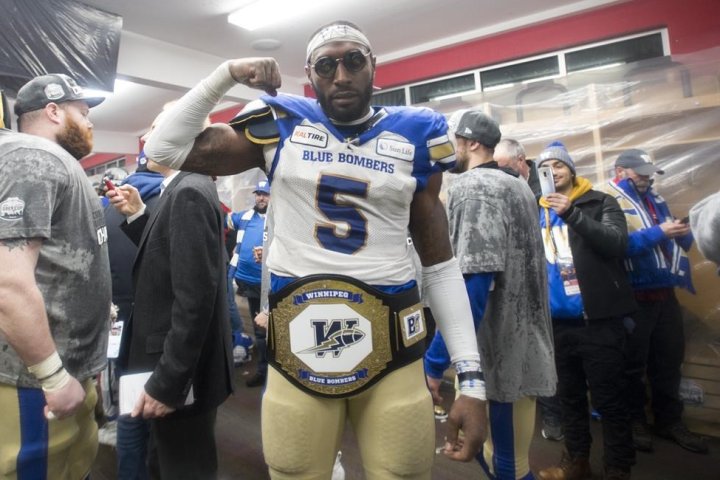 That is, until the season was cancelled last August.

But following the Canadian Football League’s announcement on Monday that there will be a 2021 campaign, came confirmation Tuesday that the new season will begin with a rematch of that 2019 Grey Cup battle between the Blue Bombers and Hamilton Tiger Cats on Aug. 5 at 7:30 p.m. at IG Field.

It will end a stretch of 650 days without a Blue Bomber game on their home turf, dating back to the evening of Oct. 25, 2019, when Zach Collaros made his first-ever start in Winnipeg blue and gold and guided the team to a spectacular come from behind 29-28 victory over Calgary.

That thrilling finish has often been looked back on as the launching pad for the Blue Bombers’ playoff run that saw them win three consecutive games on the road, culminating with the 33-12 victory over the favoured Ticats in the championship final.

Following a home-and-home series with Toronto on Aug. 13 and 21, the Blue Bombers will meet a West Division opponent for the first time in week four when they host Bo Levi Mitchell and the Stampeders in a 6 p.m. start at IG Field.

And then, of course, the following two weeks will be highlighted by the Labour Day Classic in Regina on Sunday, Sept. 5, and the Banjo Bowl rematch in Winnipeg on the afternoon of Saturday, Sept. 11.

All told, the Blue Bombers will play nine divisional games: three against Edmonton, along with home-and-home series versus BC, Calgary, and Saskatchewan.

The other five games against East Division opponents will see Winnipeg play home-and-home versus Toronto and Montreal, as well as hosting Hamilton in the season opener. As a result of the schedule being reduced to 14 from 18 games, the Blue Bombers will not meet Paul LaPolice, Matt Nichols and Ottawa during the regular season.

The 680 CJOB broadcast team of Bob Irving and Doug Brown will be returning to bring listeners in Winnipeg, Manitoba, and around the world all the play-by-play action as Winnipeg tries to become the first repeat champion since the 2009 and 2010 Montreal Alouettes.