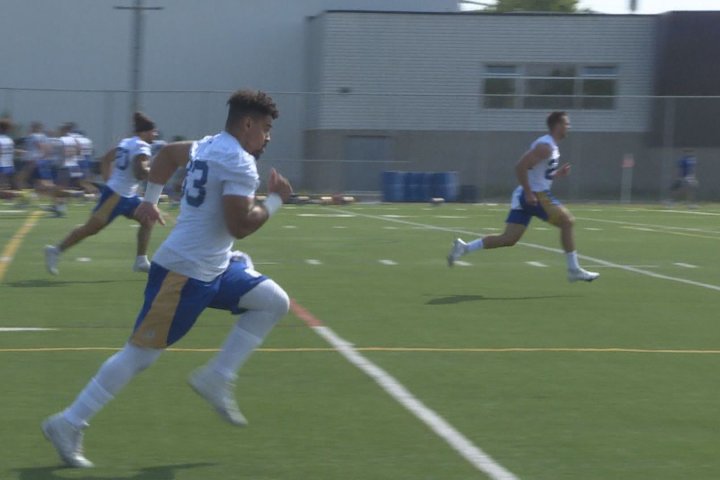 No players were suspended after the Banjo Bowl brawl last Saturday.

The Canadian Football League announced their player discipline for week six on Thursday, and a pair of players on the Bombers are a little lighter in the wallet.

Winnipeg Blue Bombers running back Andrew Harris avoided a suspension, but was fined an undisclosed amount by the CFL for his part in last weekend’s melee.

Harris was fined for pulling off the facemask of Saskatchewan Roughriders defensive back Christian Campbell. In a statement, the CFL said Harris grabbed Campbell’s facemask in a “reckless and unsafe manner.”

Bombers offensive lineman Drew Desjarlais is also out a few bucks. Desjarlais was fined for what the CFL called “instigating the altercation between the two teams.”

The CFL announced four other fines and a suspension. Riders safety Mike Edem was docked for a tourist hit on Bombers receiver Nic Demski.

Riders defensive lineman A.C. Leonard was also suspended an additional game after getting a two-game ban last week. The CFL said the added suspension was for verbal abuse and unacceptable behaviour towards the doping control officers.

Leonard was originally suspended two contests for failing to provide a urine sample for drug testing.

The division leading Bombers take on the Edmonton Elks on Saturday. The Elks will be without starting quarterback Trevor Harris after he was placed on the six-game injured list with a neck injury earlier on Thursday.

Taylor Cornelius, who has never thrown a CFL pass, will make his first career CFL start against the Bombers.