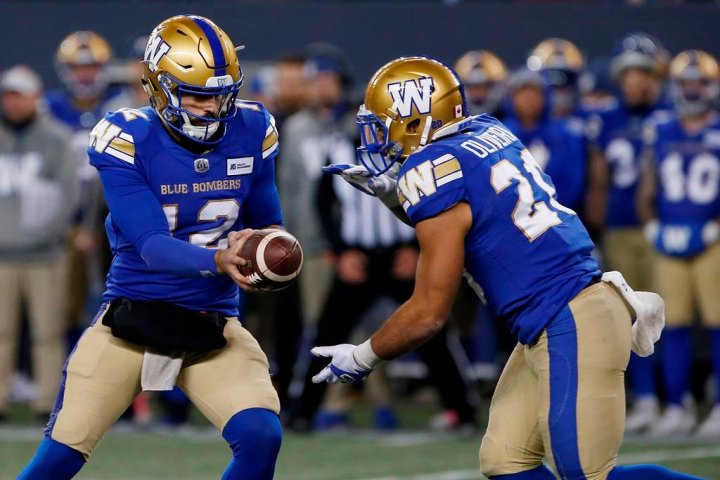 The clock on CFL Free Agency is ticking down. It starts at 11 a.m. CT on Tuesday, February 8. And Winnipeg Blue Bombers General Manager Kyle Walters has reached agreements on one- and two-year contract extensions with Defensive Back Nick Taylor and Running Back Brady Oliveira respectively.

Both players were pending free agents for the 2022 Canadian Football League season.

Taylor will be returning for his third season with Winnipeg after joining the team in August of 2019 following his release by Edmonton. The 33 year old from the Miami suburb of Hollywood, Florida started 12 regular season games for the Blue Bombers during the 2021 season — as well as the CFL Western Final vs Saskatchewan and the Grey Cup Championship game against the Tiger Cats.

Oliviera was one of three graduates from the Oak Park Raiders to play for his hometown team in 2021. He made a spectacular professional starting debut by rushing for 126 yards in the season opening 19-6 win over Hamilton.

The Blue Bombers second round pick, 14th overall in the 2019 CFL draft, he finished the season with 429 yards rushing and two touchdowns in 13 games. Six were starts while veteran Andrew Harris was sidelined because of injuries.

Taylor and Harris become the 21st and 22nd members of the 2021 championship team to forego the open market and remain in Blue and Gold for the upcoming season.