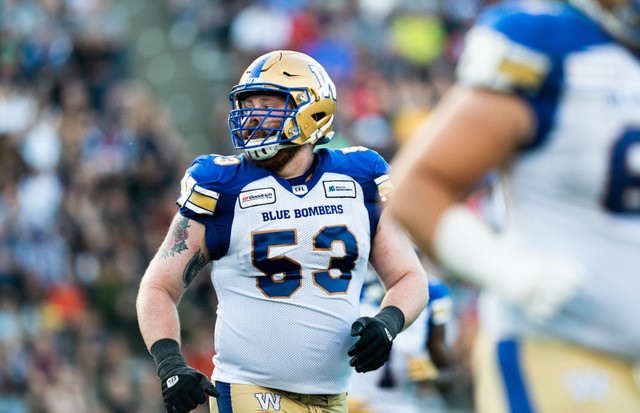 The Winnipeg Blue Bombers agreed to terms on a one-year contract extension with Canadian offensive lineman Pat Neufeld on Tuesday.

The six-foot-six, 311-pound Regina native was a CFL all-star last season at right guard although he also started at right tackle for the Bombers. He helped Winnipeg earn a second straight Grey Cup title.

Neufeld was originally selected in the fifth round of the 2010 CFL draft by the Saskatchewan Roughriders. He was dealt to Winnipeg in 2013.

Neufeld has appeared in 119 career CFL games, 82 with the Bombers.