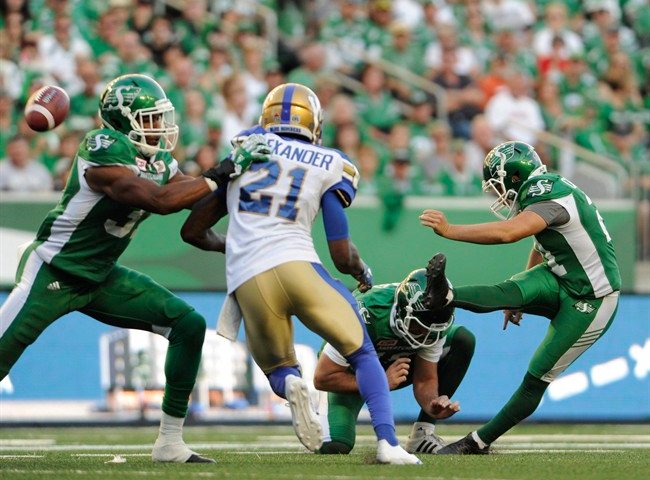 The Winnipeg Blue Bombers have brought in some training camp competition for newcomer Marc Liegghio. The Winnipeg Football club announced on Tuesday it has come to terms with veteran placekicker Tyler Crapigna, who has been a free agent since being recently released by the Montreal Alouettes.

The defending Grey Cup champs have a sizable hole to fill in the kicking game with the decision by Justin Medlock to not return for the coming season.

Crapigna, who will celebrate his 29th birthday the day before the Blue Bombers’ season opener against Hamilton on Aug. 5, was originally selected by Calgary in the fifth round of the CFL draft in 2014. The five-foot-seven, 166-pound native of Nepean, Ont., returned to McMaster University that year and spent most of 2015 on the Stampeders’ practice roster.

Crapigna was dealt to Saskatchewan in mid-October for running back Jerome Messam, just ahead of the CFL trading deadline, and would go on to spend the rest of that season — plus the next three years — with the Roughriders.

The Blue Bombers decided to cancel their training camp workout on Tuesday because of poor air quality in the Winnipeg area resulting from regional wildfires in Manitoba and northern Ontario.