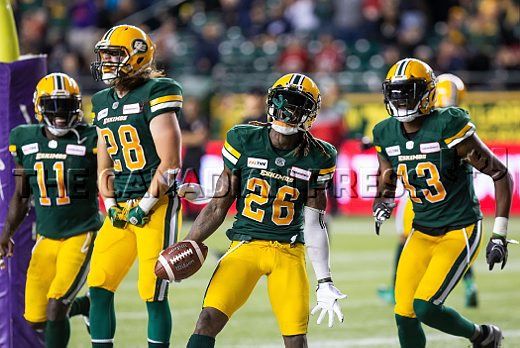 The Winnipeg Blue Bombers are beefing up their defensive backfield, signing veteran half-back and cornerback Josh Johnson to a one-year contract on Saturday.

A four-year CFL veteran, Johnson’s last two games on the field were perhaps his most impactful — when he recorded three interceptions in the Edmonton Football Team’s semi-final victory over Montreal in 2019.

A week later, he had a team-high six tackles and a sack in Edmonton’s loss to the Hamilton Tiger-Cats in the East final.

He’s spent time on two NFL squads, signed by the San Diego Chargers after the 2013 draft, and appearing in eight games with the Jacksonville Jaguars in 2016.

His 64 CFL games have been split between B.C., Ottawa, Hamilton and Edmonton.

Wide receiver Rasheed Bailey, defensive end Willie Jefferson and linebacker Kyrie Wilson were also brought back into the fold earlier in the week.