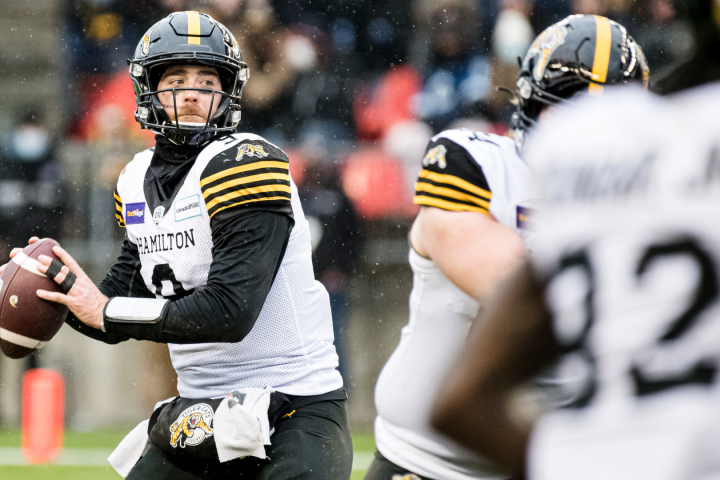 By Neil Davidson The Canadian Press

Dane Evans will start at quarterback for the Hamilton Tiger-Cats in Sunday’s Grey Cup against the Winnipeg Blue Bombers.

Evans was perfect off the bench in the CFL East final Sunday, completing all 16 passes attempted in Hamilton’s 27-19 comeback victory in Toronto over the Argonauts. The 28-year-old from Oklahoma came on in relief of an ineffective Jeremiah Masoli.

Evans made three starts this season compared to nine for Masoli and two for David Watford.

The issue of the Ticats starter was the second question at the coaches’ news conference Wednesday morning.