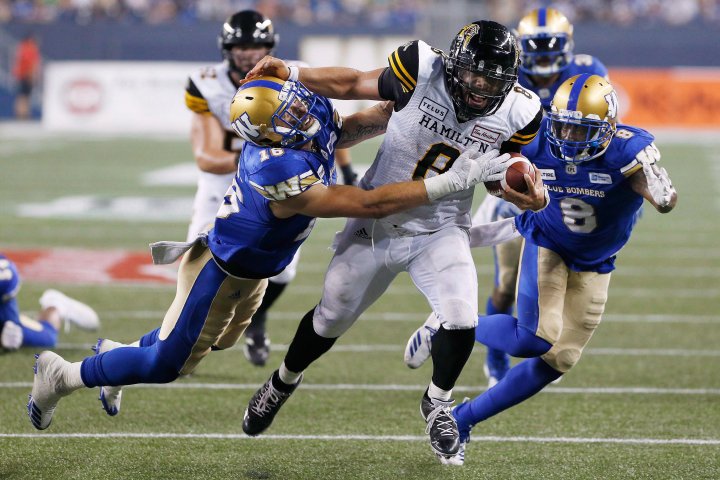 For fans of the Canadian Football League, the painstakingly long wait is finally over.

After being forced to scrap the entire season last year due to the COVID-19 pandemic, the CFL will kick off the 2021 campaign Thursday night in Winnipeg.

The opening game of the season between the Blue Bombers and Hamilton Tiger-Cats is a rematch of the 107th Grey Cup, 620 days later.

CHML’s coverage of the game will begin with a one-hour pregame show starting at 7:30 p.m. Kick-off is at 8:30 p.m., and after the game, listen to The 5th Quarter on CHML, 900chml.com and via the Radioplayer Canada App.

Read more: 2021 Ticats games to be broadcast on 900 CHML starting with season opener against Winnipeg

The defending champion Bombers are expected to play the game in front of more than 30,000 fans at IG Field as they get set to raise their 2019 Grey Cup banner in honour of the team’s first title since 1990.

Hamilton now holds the longest championship drought, last winning it all in 1999, and will host this year’s Grey Cup final on Dec. 12.

Jeremiah Masoli will start at quarterback for the Tiger-Cats after he beat out Dane Evans at training camp while former Hamilton QB Zach Collaros gets the call for the defending champion Bombers.

Both teams are battling the injury bug entering their Week 1 matchup.

The Ticats will not have receivers Bralon Addison and DeVier Posey, offensive lineman Chris Van Zeyl and defensive tackle Ted Laurent due to injury.

Week 1 of the CFL season continues Friday night when the B.C. Lions visit the Saskatchewan Roughriders.

The league’s opening week concludes with a doubleheader on Saturday when the Calgary Stampeders host the Toronto Argonauts and the Ottawa Redblacks visit the Edmonton Elks.