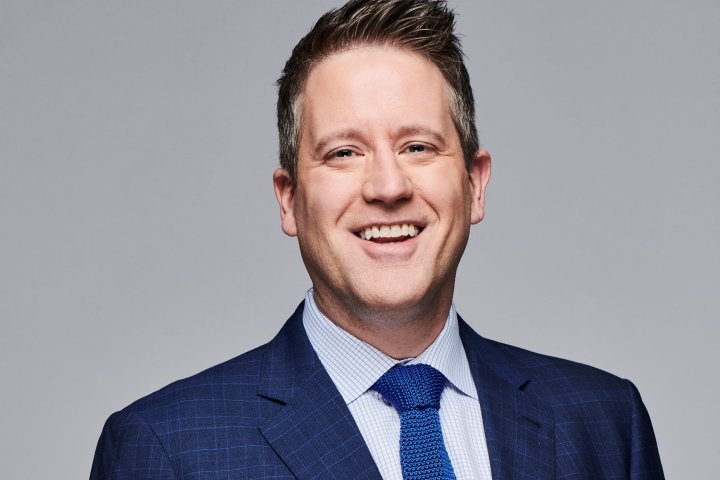 A longtime Canadian sportscaster is set to fill the shoes of a local legend as the new voice of the Winnipeg Blue Bombers on 680 CJOB.

Derek Taylor is stepping up to the Bombers’ mic this season, replacing the iconic Bob Irving, who retired last year after a half-century on the air.

Taylor, however, has his own long history with the game, as the voice of the Bombers’ arch-rivals, the Saskatchewan Roughriders for the last three years. He also spent a decade on TV with TSN and Fox Sports World Canada.

Taylor’s experience looking at the CFL from unique angles — most notably his “The Details” segment on TSN and his work with advanced statistics — is expected to add special flavour and depth to Bombers broadcasts.

Plus, he has the support of his predecessor.

“Congratulations to Derek on coming home to Winnipeg as the new voice of the Bombers,” said Irving.

“His long-standing ties to the city make him a perfect fit, where he wilI be working with some of the finest people in our industry. I know his work ethic and vibrant personality will knock it out if the park.”

DTonCJOB has a great ring to it btw

As Irving said, Winnipeg isn’t new to Taylor. He comes to the back-to-back Grey Cup champs with a long history in the Manitoba capital.

“Derek Taylor’s name and the CFL go hand in hand. His passion for the league, and specifically the Winnipeg Blue Bombers, is clear the moment he starts talking,” said 680 CJOB’s Heather Steele.

“We couldn’t be happier that he’s bringing his wealth of experience to passionate football fans in Canada.

“The energy Derek injects into any conversation leaves you smiling, and his respect for his colleagues and listeners makes him the perfect addition. CJOB is so very excited to welcome him warmly as the new voice of the Bombers.”

Taylor’s first call, fittingly, will be the Blue Bombers’ pre-season game against the rival Roughriders on May 23.

“His passion for the CFL has been noticed and we look forward to having him back in Winnipeg calling Blue Bomber games.”