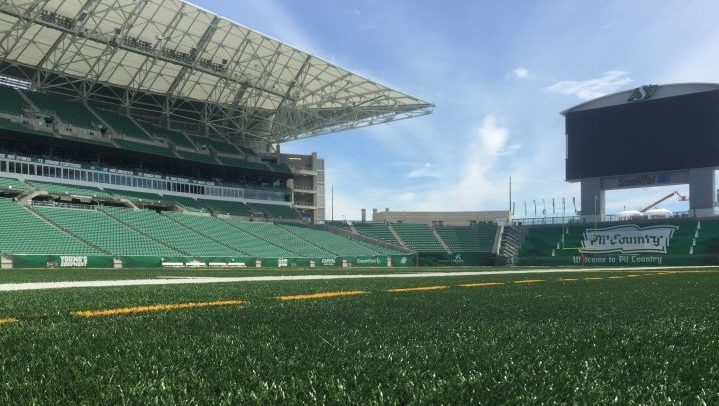 The Saskatchewan Roughriders comeback season is almost upon us.

The Riders, along with the rest of the CFL, announced the 2021 schedule on Tuesday after being given the green light on Monday to play a shortened 14-game season.

Saskatchewan will open the season on Fri., Aug. 6, against the B.C. Lions in the first of two meetings between the two clubs this season. In fact, Mosaic Stadium will be busy early on in the season, as the Riders’ first four games are at home. There will be no pre-season games in 2021.

The annual Labour Day Game against the Winnipeg Blue Bombers remains intact as the Riders will travel to Manitoba on Saturday, Sept. 11. And keeping with the tradition, the Bombers will make the return trip to Saskatchewan the following week.

Not only will there only be 14 games, which means seven home and seven away, but the entire schedule looks a little different to accommodate the varied pandemic recovery and vaccination rates across the country.

The Riders will not make a trip to Toronto or Ottawa this year but will still travel to Hamilton and Montreal once later in the season.

And since the front half of the season is loaded with home games, the Riders will be back at Mosaic Stadium just once between Week 10 and 16, with their final home game being Friday, Nov. 5, against the Edmonton Elks.

The Green and White will also play the rival Calgary Stampeders three times in a row from Weeks 9 to 12, with a bye week in between. The Riders’ bye weeks fall on the weekends of Aug. 28 and Oct. 16 this year.

The home schedule features three Friday night games, three Saturday games and one Sunday game, with three of those start times at 5 p.m. or earlier.