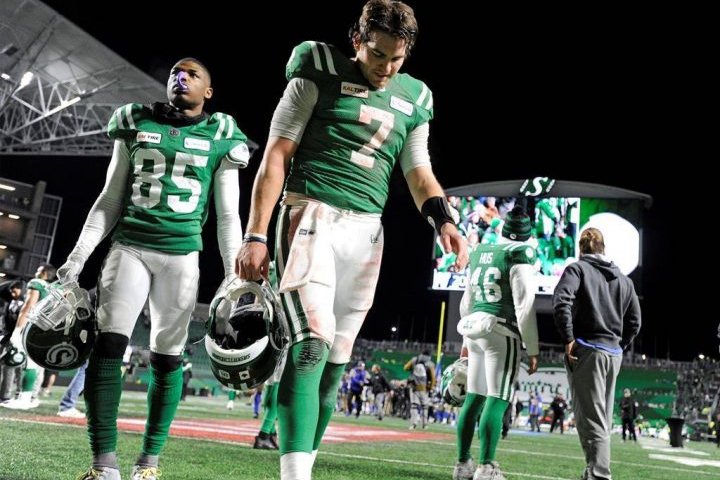 After beating Calgary in the CFL West semifinal, the Saskatchewan Roughriders have earned the right to take on the Winnipeg Blue Bombers in the West final, setting up a rematch of the 2019 divisional final.

“You think about this opportunity at hand for the guys in that locker room, especially the guys that were here in 2019, and it’s not every day where you get a chance the following year to go in and right your mistakes,” said Riders quarterback Cody Fajardo.

This time around, though, the Riders are hoping to do what the Bombers did to them two years ago and win in the other team’s stadium. In fact, that game still serves as motivation to many players from the 2019 Rider team.

“It’s what we wanted,” said Riders kick returner Jamal Morrow. “To go to their crib and do the same thing they did to us last year, that’s our mindset.

“We haven’t forgot that.”

Not only did the Bombers win the 2019 West final, before advancing to the Grey Cup, but the Blue and Gold also won both meetings against Saskatchewan this season, outscoring the Green and White 56-17 in the two games. It has been more than two months since those meetings, but the Riders know what they need to do on Sunday.

“We have to play our best game in order to have a chance to win the game over there,” said Fajardo. “It’s going to be hostile and everything’s going to be against us. The chips are going to be stacked against us and I think we wouldn’t want it any other way.”

The Riders are hoping to use the underdog mentality in this game, knowing that the pressure is on Winnipeg to win and get to the Grey Cup after being the top team in the league all season long, highlighted by their 11-3 record and 15 West Division all-star nods.

“We had two all-stars, they had 15,” said Roughriders head coach Craig Dickenson. “Are they that much better than us? I don’t think so. And I don’t think our guys believe that.

Kickoff in the West final is set for 3 p.m. on Sunday at IG Field in Winnipeg.