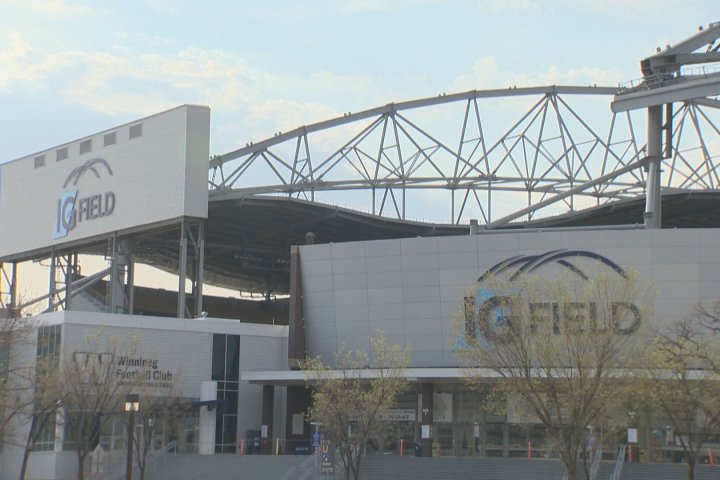 The Manitoba provincial government is proposing to restructure an agreement with Triple B Stadium Inc. and the Winnipeg Football Club, which they say will protect the long-term viability of IG Field.

Under the new agreement, a $10 million capital account would be established by the province for funding of ongoing capital repairs to IG Field, which the Winnipeg Football Club would manage.

The province would also assume responsibility for the ongoing lawsuits related to construction issues.

“Discussions have been ongoing for multiple years and this is a great step forward for the viability of the stadium and to make sure there’s a capital fund that is much-needed for the stadium,” Winnipeg Football Club president and CEO Wade Miller told Global News.

In a statement, finance minister Scott Fielding said a previous deal made by the former NDP government had serious flaws.

Read more: Manitoba writes off $82M for IGF, taxpayers on hook for $200M for stadium

“The arrangement originally put in place by the former government was poorly designed and exposes all parties involved to an unacceptable level of risk,” said Fielding.

Back in 2011, the NDP approved two loans worth a combined $160 million to Triple B Stadium Inc., a corporation made up of the U of M, the City of Winnipeg and the Winnipeg Football Club, for the construction of the new stadium.

An agreement was made to repay the loans through two ways: $75 million was repayable over 25 years based off of redevelopment of the former Polo Park stadium site and $85 million was to be repaid between 2014-2058 from revenue generated by the Winnipeg Football Club.

An additional loan of $35 million was issued in 2019 to fund repairs and ongoing litigation relating to construction and design issues.

Although Triple B and the WFC have made all payments, the province says the current capital fund to maintain IG Field remains with no balance and there is no way the current agreement can sustain the fund.

The city is being asked to modify the legal obligations of Triple B so entertainment funding taxes and facility fees on tickets sold can be used for purposes other than construction loan-related payments.

And the city is also being asked to agree that those taxes and fees be retained by the football club for things such as IG Field capital fund contributions and stadium operations.

It’s a proposed agreement Winnipeg mayor Brian Bowman is in favour of.

“Having previously advocated for changes to Triple B, the mayor believes this is a step in the right direction and he looks forward to seeing a report from the City’s public service so he can continue to protect taxpayers while supporting our Grey Cup Champion Winnipeg Blue Bombers,” said a spokesperson in an email.