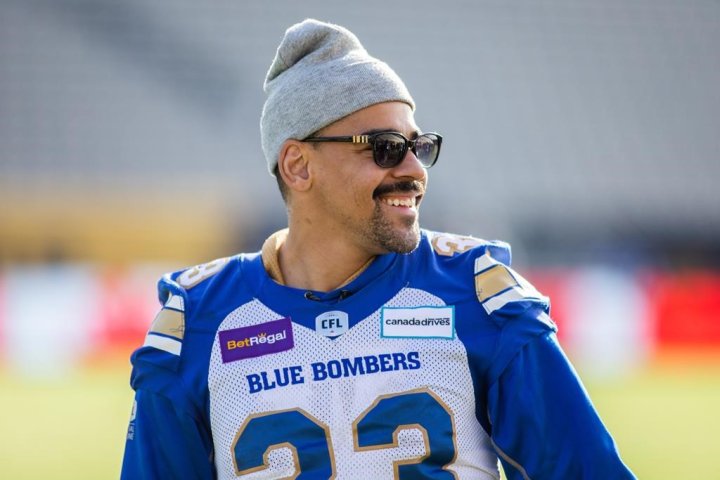 Andrew Harris has played football with a huge chip on his shoulder for the last 11 seasons and that’s not about to change with the Toronto Argonauts.

Harris, who turns 35 in April, signed with Toronto on Tuesday, the first day of CFL free agency. The move spelled the end of Harris’s successful five-year tenure with the Winnipeg Blue Bombers (2016-19, 2021), one that saw the five-foot-10 216-pounder top the league in rushing three times and lead his hometown team to consecutive Grey Cups.

“I’ve always had to prove myself being a Canadian running back coming from junior,” Harris told reporters during a videoconference Thursday. “When I started off with the Lions it was that way. When I left the Lions, people thought I was too old at that point, even though I was in my late 20s.

“And then just with the split with the Bombers, I’m sure there’s a lot of question marks and people wondering if I can still contribute at a high level and do what I do.

I’m looking forward to proving everyone wrong and keeping that chip on my shoulder.

“I’m really excited about putting my best foot forward and having an amazing year, one of the best years I’ve ever had in my career.”

It’s certainly been a stellar career for Harris, who joined the B.C. Lions in 2010 after playing junior football with the Vancouver Island Raiders. Since then, Harris has been named a league all-star five times and top Canadian (2017), played for three Grey Cup-winning teams (B.C. in 2011, Winnipeg in 2019 and ’21) and become the first player to be named the Grey Cup MVP and top Canadian (2019).

Harris led the CFL in rushing three times and is the top-running Canadian in league history with 9,661 yards. Even last season when he was limited to seven regular-season games, Harris ran for 623 yards (5.4-yard average) with three TDs before rushing for 136 yards and a TD in Winnipeg’s 21-17 West Division final win over Saskatchewan.

The following week, Harris had 80 yards rushing on 18 carries in Winnipeg’s 33-25 overtime Grey Cup victory over the Hamilton Tiger-Cats at Tim Hortons Field. Two years earlier, Harris anchored the club’s 33-12 championship victory over the Ticats, its first since 1990.

But Harris said there was little communication between himself and Winnipeg this off-season.

“I had no idea what was going on in regards to the Bombers,” Harris said. “I just felt I was unwanted and I was just going to have to go along with what they offered me.

“Just the lack of communication was really tough to swallow, especially when I felt I’d done so much and was a part of a lot of great things for this team for the last five years. The biggest thing (now) is I’m going to a place where I feel wanted, the one thing I knew through this whole thing is I wanted to continue to play football and play at a high level and I think going to Toronto is the best opportunity for me right now.”

Harris battled injuries at different times in 2021 but added he also had to deal with a marital separation prior to the start of training camp. The challenges on and off the field weighed heavily upon him.

“I think there was definitely some mental health things going on with myself,” he said. “I kind of went into a bit of a hole personally and mentally while I was trying to grind through getting back on the field.

“The only thing I really felt I had control of throughout the season was when I was on the field playing. Everything else was all over the place and kind of spiralling. When I lost football again during the season, it was tough on me.”

Perhaps that explains that while his teammates celebrated at Tim Hortons Field in December, Harris sat alone on the field.

“I just wanted to sit down and soak it all in,’ Harris said. “It was a tough year, a lot of roller-coasters, a lot of ups and downs.

“I don’t want that to ever happen to me again. I don’t wish that on anyone. That’s ultimately what’s really inspiring me this year to make sure I’m coming out with my best foot forward.”

Harris joins an Argos team that finished atop the East Division at 9-5. But Toronto’s promising season ended with a 27-19 home loss to Hamilton in the conference final.

The Argos hope Harris can kick-start a rushing attack that ranked seventh last season (90.9 yards per game). By comparison, Winnipeg
was second (119.7).

“Whatever role it is, the biggest thing is they’re excited having me, there was a want factor there,” Harris said. “Just talking to Pinball (Argos GM Mike Clemons) on the phone, his little giggle and excitement, I just appreciate the charisma. It just felt very warm.

“I always pride myself in being an impact player and impact person. If I have a conversation with someone I want to make an impact on them. I’m not going to change who I am or how I approach things.”

Toronto only faces Winnipeg once this year, July 4 at BMO Field.

“Honestly, it probably would’ve been a tough game for me to be back in that building (Winnipeg’s IG Field) wearing other colours,” he said. “Maybe it’s a bit of a blessing that’s not happening.”

“The city really just bleeds blue and gold and the people really care about the team,” he said. “That’s going to be the hardest part, just having that gas station, grocery store conversation with somebody.

“In a big city like Toronto, I think that’s going to be hard to come by. When I was in Vancouver it definitely didn’t happen there. The caring, the love and support, I’ll miss that.

“I’m really looking forward to taking all those great things I was a part of and learned along the way and trying to establish and embed those things into another organization that will help us be successful.”