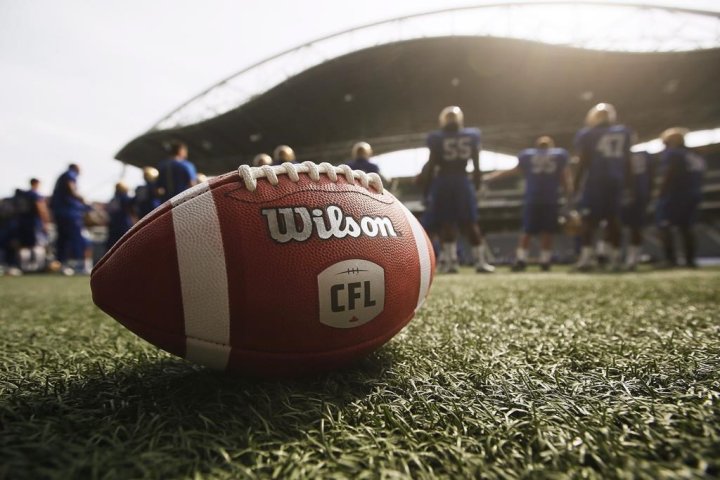 The CFL and CFL Players’ Association will at least have a starting point Wednesday when they resume contract talks.

According to league sources, the CFL will table a new offer to the union Wednesday morning. It will be the first meeting between the two sides since Thursday when the CFLPA rejected a league proposal for a 10-year deal with no salary-cap increases that also eliminated the Canadian ratio.

The sources spoke on the condition of anonymity as neither the union nor league divulged specific details surrounding the offer. But time is of the essence as the current collective bargaining agreement _ which was negotiated before the 2019 season and amended last year to allow for a shortened 14-game campaign _ is slated to expire Saturday.

CFL training camps are scheduled to open Sunday with the Winnipeg Blue Bombers visiting the Saskatchewan Roughriders on May 23 in the first exhibition game. Both Brian Ramsay, the CFLPA executive director, and union president Solomon Elimimian said Friday players won’t report to camp without a new agreement in place.

CFL teams countered by informing players that any who attend camp will be housed and fed by franchises in the event of a lawful strike. League players have walked off the job once, in 1974, but the situation was settled before the start of the regular season.

The league and union have three negotiating sessions scheduled for this week but could continue talking into Saturday if a deal is close or significant progress is being made.

Read more: CFLPA feels biggest amendment it reached with CFL was getting players back on field

Last week, CFL players gave their union a 95-per-cent strike vote. However, if the CFLPA called for a work stoppage Sunday, not all teams could participate immediately as provincial labour laws differ across Canada.

For example, the Alberta Labour Relations Board lists on is website many requirements for unions to stage a legal strike. They include:

At first glance, the CFL tabling a new proposal is a positive sign, if only because it gives the two sides new and different parameters to discuss and potentially tweak. What will be very interesting to see, though, is if the CFL has come off its original deal and if so, how far?

In a memo to its membership, the CFLPA outlined details of the offer it rejected. They included:

After formal talks ended Thursday, the CFL and CFLPA had informal discussions leading up to Wednesday’s session. For some, that could be seen as an encouraging sign, but often in collective bargaining the two sides continue talking between scheduled meetings.

This marks the fourth straight year the league and union have met. After hammering out the current CBA before the ’19 season, they gathered in 2020 to amend the agreement for a shortened season that didn’t happen due to the COVID-19 pandemic.

But the league and CFLPA did so last year, laying the groundwork for the CFL’s return to play.

And 2020 should serve as a painful reminder to both the CFL and CFLPA regarding the economic hardships a work stoppage could bring. Players weren’t paid that year, while not operating resulted in the league losing between $60 million and $80 million.

For many CFL teams, however, it’s business as usual with rookie camps slated to open Wednesday. But not the Montreal Alouettes, whose first practice is scheduled for Sunday.