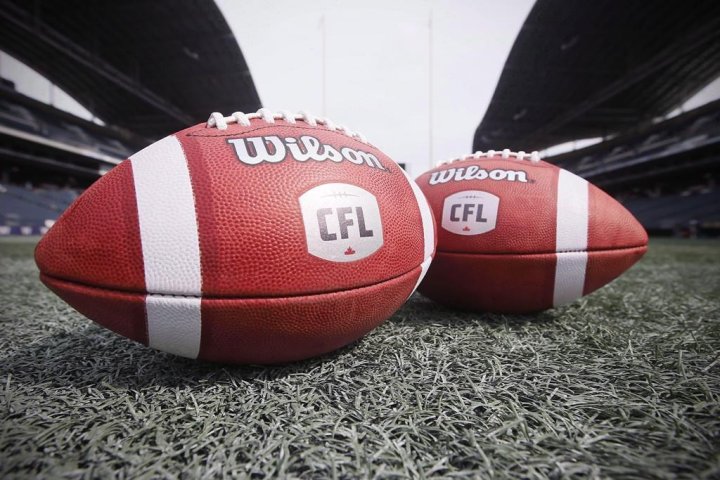 The CFL is pushing back the start to its 2021 season and reducing the number of games played due to the COVID-19 pandemic.

The league announced Wednesday it plans to kick off the ’21 campaign Aug. 5, nearly two months later than originally planned.

The CFL campaign was slated to open June 10 with each team playing a full 18-game regular season after the league cancelled the ’20 season due to the global pandemic.

Training camps were to open in mid-May with the first exhibition contest slated for May 23.

But with Canada dealing with a third wave, the CFL board of governors decided Tuesday to push back the start of the 2021 season and reduce the schedule to 14 games.

That will also result in the Grey Cup game being played Dec. 12 in Hamilton instead of Nov. 21.

And although the CFL remains committed to returning in 2021, this schedule revision is merely a target date because of the unpredictability of the COVID-19 pandemic.

The move was not a surprise, given Ontario (3,469 new cases Tuesday) and Quebec (1,136 new cases) are both battling a tough third wave of the pandemic.

It’s the second straight year that the novel coronavirus outbreak has wreaked havoc with the CFL schedule.

In August, the CFL cancelled plans for an abbreviated 2020 season due to the COVID-19 pandemic after failing to secure an interest-free, $30-million loan from the federal government.

The hope is the decision to delay the start of the ’21 season will allow for more Canadians to receive their COVID-19 vaccinations and thus increase chances of fans being in the stands at some point once football resumes.

That’s crucial for CFL teams, which are heavily reliant upon ticket sales to generate operating revenue.

Delaying the season will also give the CFL more time for its return-to-play protocols to be approved by Canadian health officials.

Presently, amended protocols are before the six provinces where franchises are based — B.C., Alberta, Saskatchewan, Manitoba, Ontario and Quebec — and must be approved.

Once that’s done, the protocols will to to the Public Health Agency of Canada — which was examining the league’s back-to-play plan last year when the CFL pulled the plug on its ’20 season.

And once that’s done, the CFL would then have to secure a national interest exemption from the federal cabinet for games to be played before the completion of Canada’s COVID-19 vaccination program.

“As vaccinations roll and, we see it in California, you see it in New York, there’s fans at outdoor venues and also indoor venues now.

“We just need a few more months to catch up to to where the United States or different parts of the world are in terms of vaccination levels.”