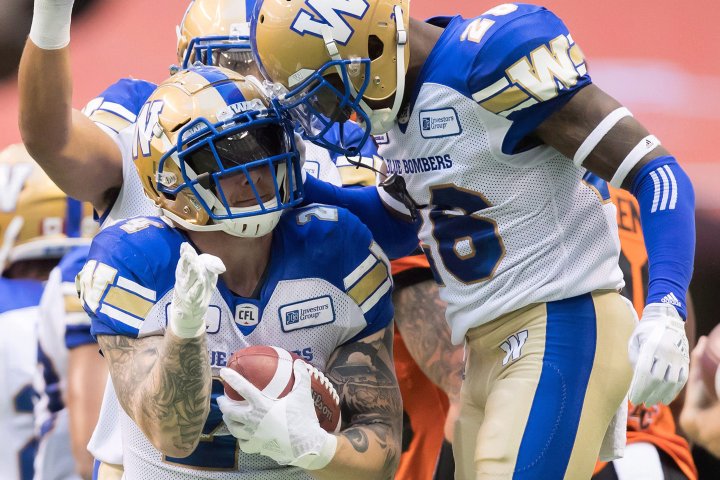 The native of Riverview, N.B., returns to the Blue Bombers for a fourth season.

Miller tied for second in the CFL in special-teams tackles in 2019 with 25.

The Acadia University product was named the West Division’s most outstanding special-teams player and the Bombers’ top Canadian in 2019.

Miller is second on the CFL’s career list for special-teams tackles with 185, just five behind leader Jason Arakgi.