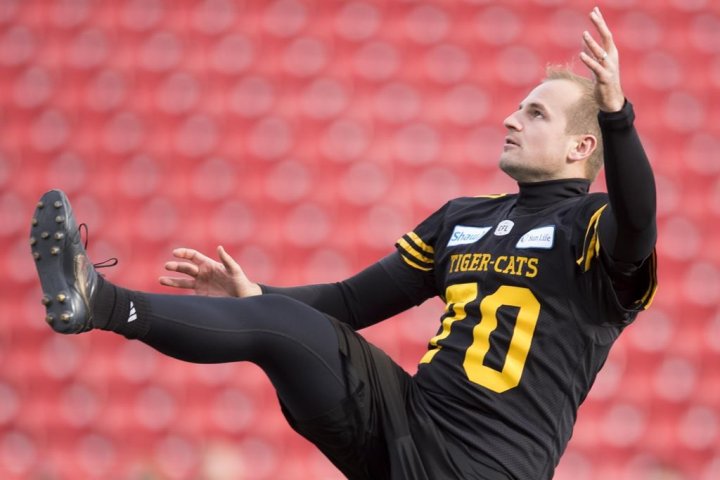 Canadian kicker Lirim Hajrullahu has signed with the Carolina Panthers and will join the NFL team’s practice squad.

The 30-year-old was cut in training camp by the Los Angeles Rams this year after spending last season with the CFL’s Hamilton Tiger-Cats.

Hajrullahu has also played for the Winnipeg Blue Bombers and Toronto Argonauts over six CFL seasons.

Panthers kicker Joey Slye has struggled this year, going 24-for-31 (77.4 per cent) on field goals, which puts him outside the top 20 in the NFL. Slye missed a potential winner from 54 yards in a loss to the Minnesota Vikings in Carolina’s last game, dropping the Panthers’ record to 4-8.

“Joey’s our kicker. Lirim really impressed everybody at the workout and did a nice job today at practice,” Panthers coach Matt Rhule said Wednesday. “He can kick and punt. He’ll be available, but Joey’s our kicker this week.”

The Ticats’ season ended with a 33-12 loss to the Winnipeg Blue Bombers in the Grey Cup.

Hamilton released Hajrullahu early to allow him to pursue NFL opportunities. Over his CFL career, Hajrullahu has hit 239-of-287 field goals (83.3 per cent) while sporting a 44.1-yard punting average.