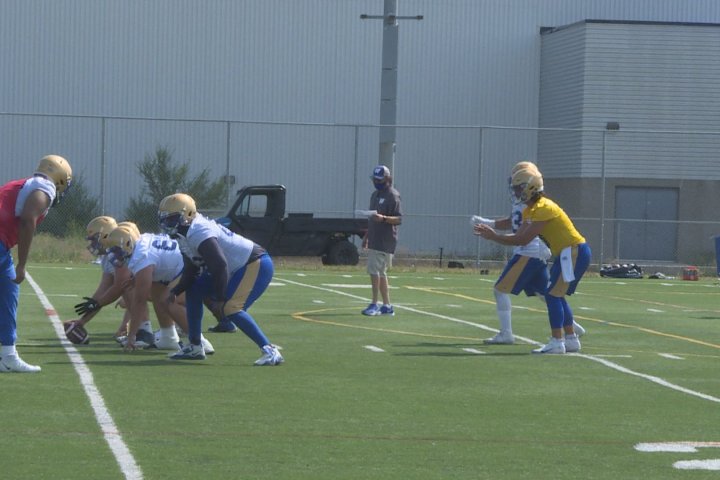 Thanks to the province’s further loosening of pandemic restrictions, the Winnipeg Blue Bombers‘ first home game of the season will be played in front of a packed house at IG Field.

The reigning Grey Cup champs announced Wednesday that the Aug. 5 home game will feature a full crowd for the first time since 2019 — provided those fans in attendance are fully vaccinated, of course.

“It’s our path back to normal here. I look forward to seeing everyone here Aug. 5,” Bombers president and CEO Wade Miller told 680 CJOB.

“Boy, it’s a good-looking team. It’s time to get out there and be the CFL’s loudest fans.”

Miller said he encourages fans attending the first home game to show up early, as they’ll have to show proof of immunization as well as their ID before they can take their seats. It’ll be a new process for both the team and the fanbase, but if it means Winnipeggers can cheer on the Bombers in person, it’ll be worth it, he said.

“It’s the first time for everybody with the pandemic, and hopefully none of us have to live through this again,” said Miller.

“Manitobans made this happen by getting vaccinated, and we’ll ensure people who come to IG Field are fully vaccinated.”

Miller said season tickets have been selling at a brisk pace, as have multi-game flex packs, and he expects continued strong support when single-game tickets go on sale — Friday morning for season ticket holders and Monday for the general public.

For now, the stadium is set up to approve Manitoba residents who have received both vaccinations, but Miller said the possibility of out-of-town fans attending home games is being explored.

“We’re still working through that with the province and hopefully we can get to that point,” he said.

“Hopefully we can have an announcement in the next week or so.”