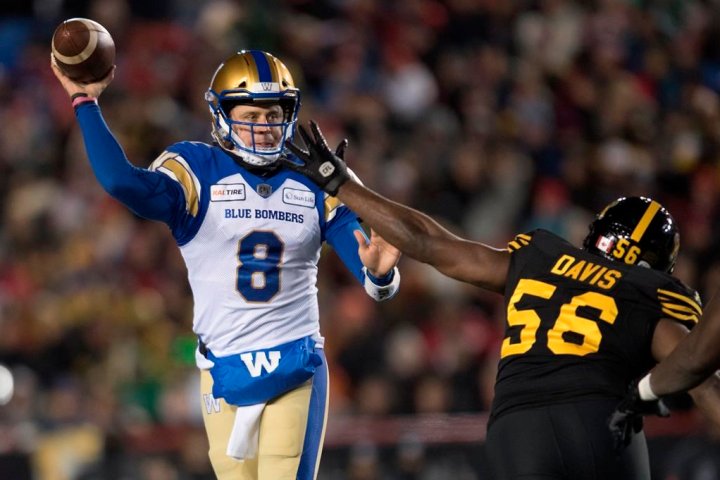 Winnipeg Blue Bombers quarterback Zach Collaros has been named a player of the month by the CFL.

Collaros, who led the Bombers to four wins in October, currently leads the CFL in both passing yards (2,832) and touchdown passes.

Mr. October❗️@ZCollaros7 has been named @CFL Player of the Month for October.

The 10-1 Bombers are looking to defend their 2019 Grey Cup championship — after a year with no football thanks to the COVID-19 pandemic — and clinched top spot in the West Division late last month.

The team will host a divisional final on Dec. 5 for the first time since 2011.