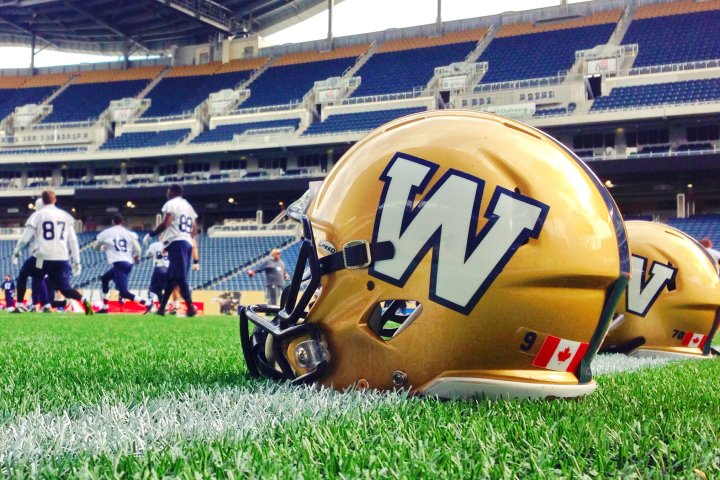 Winnipeg Blue Bombers general manager Kyle Walters was wheeling and dealing ahead of the 2022 CFL Draft on Tuesday.

The Bombers entered draft day with the final pick of the first round at ninth overall after winning last year’s Grey Cup. But they made a move to trade down in the draft before the first name was even called.

The Bombers traded away their top two picks to the Montreal Alouettes for Canadian defensive tackle Cameron Lawson and the Al’s second-round selection at 13th overall.

The Bombers surrendered both the ninth and the eighteenth picks for the 23-year-old.

Lawson was the Alouettes’ second-round pick in 2020 and only appeared in four games with Montreal last season as a rookie after an outstanding university career. Lawson was the OUA lineman of the year and an All-Canadian with the Queens Golden Gaels.

He’ll give the blue and gold some depth behind starter Jake Thomas.

The Bombers didn’t have a pick until the second round and used their first selection on defensive back Tyrell Ford in the 13th slot. The former member of the University of Waterloo Warriors was ranked ninth in the latest CFL Scouting Bureau rankings. The 24-year-old’s twin brother, quarterback Tre Ford, was taken by the Edmonton Elks in the first round.

Tyrell had 14 tackles and one interception in six games last season in his fourth year of university eligibility.

After trading with the Elks for the first overall selection, the Alouettes used the top pick on linebacker Tyrell Richards out of Syracuse University.

The annual Global Draft was also held earlier in the day on Tuesday with each of the nine CFL teams holding three selections in the three-round draft.

The Bombers focused their attention on upgrading their punting by taking Australian punters in two of their three slots.

The Bombers nabbed Aussie punter Tom Hackett in the first round at sixth overall. The 29-year-old played for the Utah Utes and also spent time with the NFL’s New York Jets.

The football club used their second-round pick on defensive back Souleymane Karamoko. He hails from France but played university football for the Laval Rouge et Or.

They grabbed another Australian punter with their final selection in the third round. The Bombers selected Michael Sleep-Dalton in the 24th slot. He finished his collegiate career with the Iowa Hawkeyes in 2019, and can apparently kick with either his right or his left foot according to his university bio.

In total, 27 players were drafted from 12 different countries.

The Bombers also signed three American players on Tuesday with training camp just around the corner. The club signed defensive back Zach Hannibal, and defensive ends L.B. Mack and Jordan Berner. All three are coming out of college with no pro experience and should be in camp when the rookies hit the field for the first time next Wednesday.