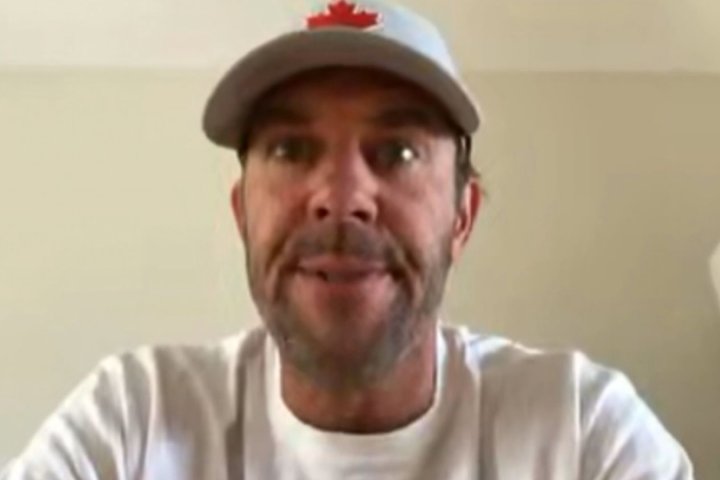 Winnipeg Blue Bombers General Manager Kyle Walters was feeling very comfortable about the gains he and his football staff were able to achieve over the course of the 2021 CFL Draft on Tuesday Night.

Speaking via conference call on Wednesday Morning, Walters told reporters he felt the defending Grey Cup Champs were able to check off a lot of boxes by selecting U of Maine Offensive Lineman Liam Dobson, who has transferred to Texas State for the coming season; defensive back Redha Kramdi from the University of Montreal; defensive back Patrice Rene, who is also switching schools in 2021, going from the University of North Carolina to Rutgers; linebacker Robbie Lowes and running back Kyle Borsa from the U of Regina Rams; and former U of M Bison Defensive Back Shae Weeks, who is going into his second season at Bemidji State in Minnesota.

“We added some athleticism and speed. Filled some needs with some guys who can come in and fight for roster spots immediately. And also added another big, tough Offensive Lineman – which has been our mantra for many years,” is how Walters summed up last night’s efforts at the draft table.

And while Dobson is committed to Texas State for the 2021 season, Walters sees the Ottawa native as being well worth the wait. Even if there are no guarantees he might not even be around for training camp next year.

“Obviously these kids go back to their schools with the hopes of garnering some NFL interest. That’s the reality of the situation,” is how Walters explained Dobson’s uncertain future as a Blue Bomber.

“We certainly have good talks and understand this is their priority, but really push them about the understanding of the CFL, about the interest of the CFL and if the NFL doesn’t work out.”

Walters says the response from Dobson was very positive – along the lines of “awesome, can’t wait.”

Which is exactly what the defending Grey Cup champs can afford to do with their entire starting O-line returning for 2021, as well as Geoff Gray and Asotui Eli in reserve. So at least on paper, the best case scenario for Dobson or any other rookie Canadian Offensive Lineman would have been a spot on the practice roster.

Walters feels it’s about as perfect a set of circumstances as the Blue Bombers could hope for, with Dobson not attending camp this year because of NCAA rules prohibiting that.

Read more: CFL pushes back start to 2021 season, reduces number of games due to COVID-19

“Having a future (prospect) is not a bad thing for us,” admits Walters with respect to the fact many of those vets on the O-Line are on one year contracts. “So fast forwarding a year from now, it’s nice to have the rights to somebody.”

And make no bones about it. Walters and his staff feel they have a “somebody” in the 6-8, 340 pound Dobson who is described as both athletic and nasty.

“We like physical. We like tough. We like guys that are going to be brawlers and compete,” is how Walters described the team’s latest acquisition along the offensive line- joining a list from past drafts that includes Matthias Goossen, Sukh Chungh, Michael Couture, and Drew Desjarlais.

“There were a lot of good offensive linemen in this draft, but we felt that Liam was the most like a Winnipeg Blue Bomber. He’s going to remind everybody of Chris Walby. A big bear of a man that’s not the nicest guy out on the field, but moves remarkably well.”

The man in charge of the Blue Bombers Football Operation is also very high on the players who were selected in rounds two and three. Walters says Kramdi was one of the Winnipeg staff’s favourite players in the draft, and the wait for the 6-0, 188 pound Montrealer to be still available for the 16th overall pick was agonizing.

“He just loves football. His film was probably the best of everybody that we watched,” said Walters of the 24-year-old Kramdi. “Generally, the way they play special teams is an indication of how much they love the game. Redha, in regards to his love and passion for the game, is also our kind of player. It just shows when you speak to him. When he talks, the passion he has and the way he plays. he just runs around, very versatile. He can cover man to man, he can drop into a deep third — a deep half. He can blitz off the edge. Fill in the run.”

Walters expects Kramdi to establish himself on special teams when training camp does eventually get underway. With the idea Defensive Coordinator Richie Hall and his coaches on that side of the ball will figure out where Kramdi best fits in a support role.

“That’s always something we talk about, said Walters. “Having ratio flexibility if you can find guys (Canadians) that can work as starters and give Mike and his staff more options. That’s always a good thing.”

Like Dobson, third round pick Patrice Rene is also at least a year away from even setting foot in Winnipeg. The 23 year old, 6-2 and 208 pound Ottawa native will finish his collegiate career at Rutgers this coming season after leaving North Carolina back in January. Walters says Rene was simply too good a player to pass up when he was still on the board at number 21 in last night’s draft.

“Long, athletic. Just for the value that we’re going to see. He could come in and compete as a corner at this level. He’s tough, and if we see him in a year from now, I think he’s got a real opportunity to help us out,” predicted Walters.

“What jumped out with Patrice is just how excitable he was in the interview. Really strong leadership qualities for a young man. He talked about running the meetings at North Carolina and helping the younger guys get along.”

Lowes is a six-foot-one-inch, 205-pound linebacker who Walters says also fits the Blue Bomber brand with his style of play. “He competes. He has added some size and strength in the last year and a half.”

Borsa was another one of those selections the Blue Bomber General Manager felt couldn’t be passed up on as a fifth round pick. “He has a bit of a chip on his shoulder for what he went through,” said Walters in reference to the 22 year old Regina native missing the entire 2019 Canada West season because of a suspension following a positive test for a banned substance.

“He’s in phenomenal shape — very versatile. And you saw what Lapo (former Winnipeg Offensive coordinator Paul LaPolice) did with versatile players. Buck (Pierce) is going to continue that in giving them a nice piece where he can run the ball in the back field, he can catch. He’s a very well-rounded football player.”

Walters says the key element for Shae Weeks, the only homegrown player taken in Tuesday’s draft, is consistency. “Shae’s good film was as good as any. We just need to get that quality of good film out of him all the time — not just most of the time. That’ll be big for Shae,” said Walters, who described the 2021 draft as the culmination of an impossible year.

“You look at the teams rosters and you try to figure out what teams are going to do.  Are teams looking to have a guy in camp? Where do you value the NFL guys versus the NCAA guys? How much interest is the NFL interest are the NCAA guys going to get in a year? How is the NFL draft going to be next year? There’s just so much uncertainty and so many questions. And all nine teams will have different answers” said Walters in describing the leadup to last night’s draft.

“So it was a very, very interesting year in regards to being able to predict what teams were going to do because of all the variables.”