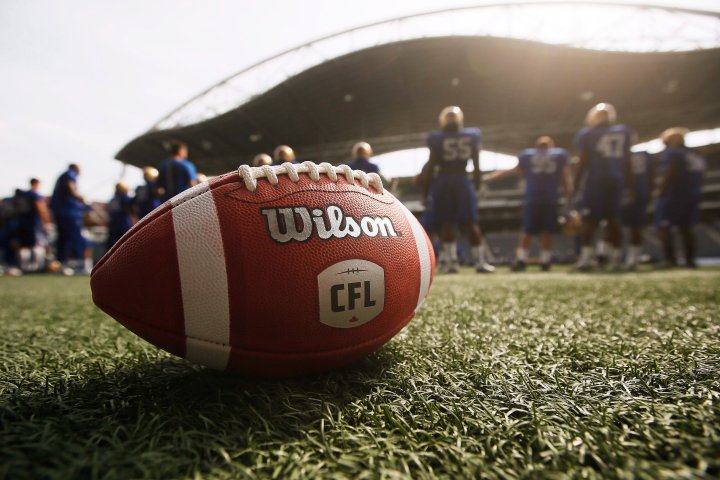 The COVID-19 pandemic has cost the CFL a season, but Adam Bighill and Bo Levi Mitchell believe it also has given the league a glorious opportunity.

The CFL cancelled the 2020 campaign Monday after its quest for a $30-million, interest-free loan from Ottawa fell through. The league said it needed financial assistance from the federal government to stage an abbreviated season amid the ongoing COVID-19 pandemic.

Bighill and Mitchell, in separate media availabilities Tuesday, offered very similar opinions on what the cancellation could mean for the league. Bighill, a middle linebacker, helped the Winnipeg Blue Bombers capture the Grey Cup last year after quarterback Mitchell guided the Calgary Stampeders to the ’18 CFL title.

“This is a good opportunity for us to strengthen,” Bighill said during a conference call that also involved Bombers quarterback Zach Collaros.

“We need to build a better relationship (between) the CFLPA and CFL as far as how well we’re communicating and build a real relationship that we can move forward on.

“Randy (CFL commissioner Randy Ambrosie) has said multiple times the business model has been broken so how do we fix it? Those are things that need to be addressed and we’ve got time to do that.”

“I just want to see the CFL and CFLPA work together in a more unified sense,” Mitchell said. “I think right now we can just come together and really find a way to make the CFL better, not just for 2021 … but the next 50 years, for guys who are going to come after us.

“I think this is a good chance to do it, so whatever that looks like, I’m all for it.”

‘We need to work better together’

The CFL and CFLPA have had a sometimes acrimonious relationship, especially during collective bargaining talks. But the two sides were said to be close to having an amended CBA that would’ve allowed for a season to be played with federal funding.

But even that wasn’t an entirely smooth process. In June, CFLPA executive director Brian Ramsey took to Twitter to express his frustration that the union hadn’t heard from the league regarding its 2020 plans.

“We need to work better together as a league and player reps and players union to make this product better.”

Collaros and Bighill played big roles in the Bombers downing the Hamilton Tiger-Cats 33-12 for their first Grey Cup title since 1990. Collaros was looking forward to defending that championship this year.

“I don’t know if you win the championship in 2019 and 2021 if that counts as back-to-back,” Collaros said. “Man, it’s really disappointing not to be able to get on the field and defend that title this year.”

In April, Collaros and his wife, Nicole, became first-time parents and although playing football would’ve meant being away from his family in a CFL bubble, Collaros was committed to suiting up for a 2020 campaign.

“It definitely would’ve been a conversation to have with my wife but I think we were both aligned on the same page that I was going to play,” he said. “We need to make money, that’s the bottom line.

“I guess it’s a good thing we don’t have to have the conversation but at the same time, you put a lot of work in to get ready for the season, physically and mentally. To have that kind of taken away and be strung along for months was not fun.”

Many CFL players will have to find alternate sources of income. Mitchell considers himself lucky as he received a signing bonus from Calgary as part of a restructured contract in December.

Mitchell, twice the CFL’s most outstanding player, will use the extra time to further recover from off-season shoulder surgery.

“A year is lost but coming off shoulder surgery I really feel like … it’s going to allow me to get my shoulder to 100 per cent and body feeling great,” he said.

“I feel disappointed but blessed at the same time I’ll be able to get my body and shoulder completely ready to go.”

“The idea was to be building a business that eventually I’d transition to (upon retirement),” said Bighill, twice the CFL’s top defensive player. “It’s good for me to be in a position that I am to at least have something I’m building and working on.”

Collaros, 31, who lives just outside Toronto in Aurora, Ont., with his wife and young daughter, has some details to iron out before deciding what’s next.

“The trouble with me right now living in Canada is my permanent residency hasn’t gone through yet,” he said. “So right now I’m only under contract to work for the CFL.

“We’re trying to get that all squared away and figure out what to do moving forward.”

Collaros is hopeful fans stick with the CFL.

“I’ve really grown to love this game, the Canadian game, this league and the fans,” he said. “We just ask for the fans to stick behind us and know that we’re putting all the work in to come back better and stronger in 2021.”