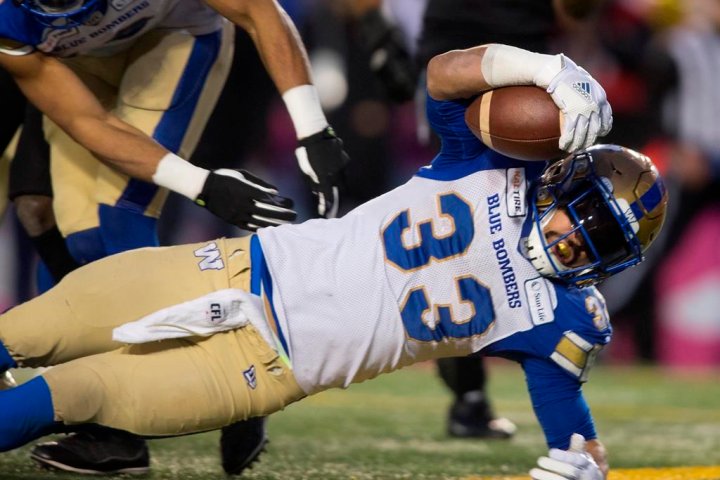 Harris recorded his first 100-plus rushing yard game of the season as his hometown Blue Bombers extended their winning streak to six games with a decisive 30-3 victory over Edmonton on Friday.

Harris rushed for 150 yards on 24 carries (6.3 yards per rush), scored two touchdowns and added a reception for 24 yards.

McCoil racked up a career-high 12 tackles, a sack, a tackle for a loss and a pass knockdown in the Argonauts’ come-from-behind 24-23 win at Hamilton on Monday.

Carey accumulated 178 all-purpose yards to power the Stampeders to a 22-19 victory over Saskatchewan on Saturday.

Carey rushed the ball on 20 occasions for 109 yards and added five catches for a personal-best 69 yards, including three second-down conversion receptions.

Carey has 552 rushing yards and four touchdowns this season, while adding 19 receptions for 157 yards.