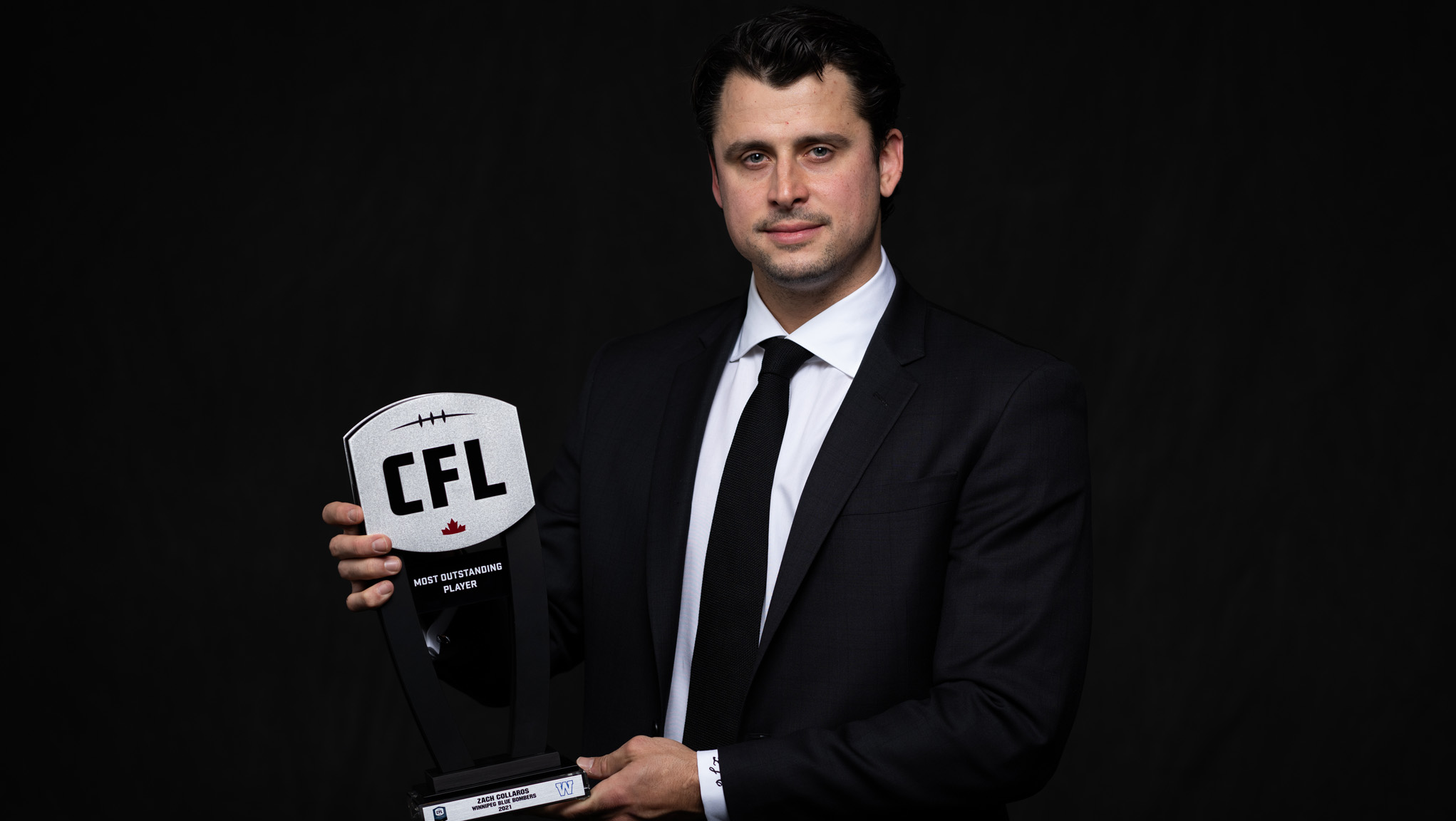 Topping all starting quarterbacks with 11 wins on the season, beating the record he set himself in 2018 with the Saskatchewan Roughriders, the 33-year-old had a historic 2021 season.

“The history that goes into the MOP of this league, it’s not lost on me some of the guys who’ve won this,” Collaros said.

“Warren Moon, Doug Flutie, people I looked up to growing up and didn’t even realize they were playing in the CFL. Ricky Ray, being a teammate of his (in 2012 and 2013 with Toronto) and (being someone) I tried to emulate in my preparation and how he approached the game. Seeing Anthony Calvillo up there giving an award, another guy I really watched closely early on in my career.”

Collaros had no problem airing the ball out to his talented receivers all season as the Bombers ran rampant over the league. His 3,185 passing yards saw him finish second in the regular season behind BC Lions’ quarterback Michael Reilly. In addition, Collaros recorded 20 passing touchdowns to just six interceptions while completing 70.1 per cent of his passes and had an efficiency rating of 111. His passing efficiency ranks second all-time among Winnipeg starting pivots.

With Collaros at the helm, the Bombers’ offence seemed to be unstoppable at many points in the season and led the league in a plethora of statistical categories such as points for (361), offensive touchdowns (35) offensive points (322) and came second in net offence with 4,947 yards.

Having spent time with the Toronto Argonauts, the Hamilton Tiger-Cats, where he was named the team’s MOP in 2014 and 2015, and the Saskatchewan Roughriders, Collaros has found a home in Winnipeg. He arrived in relief of the injured Matt Nichols during the Bombers’ 2019 Grey Cup run, where he won four consecutive games while completing 67-97 passes for 851 yards and four touchdowns to give the Bombers their first Grey Cup since 1990.

Collaros is the first Blue Bomber to take home the MOP since Milt Stegall in 2002. He received 43 first-place votes.

The Bombers’ signal-caller earned the award over the East Division nominee and Montreal Alouettes running back William Stanback. The third-year player had an MOP-worthy season as well, finishing as the league’s leading rusher with 1,176 yards and three touchdowns.

The Bombers head from the award show into the 108th Grey Cup on Sunday, where they’ll look to top the Hamilton Tiger-Cats to defend their 2019 championship.

“The process has been great so far, we won some awards tonight,” Collaros said.

“In the future we’ll look back and think it’s pretty cool but all that matters is Sunday.”