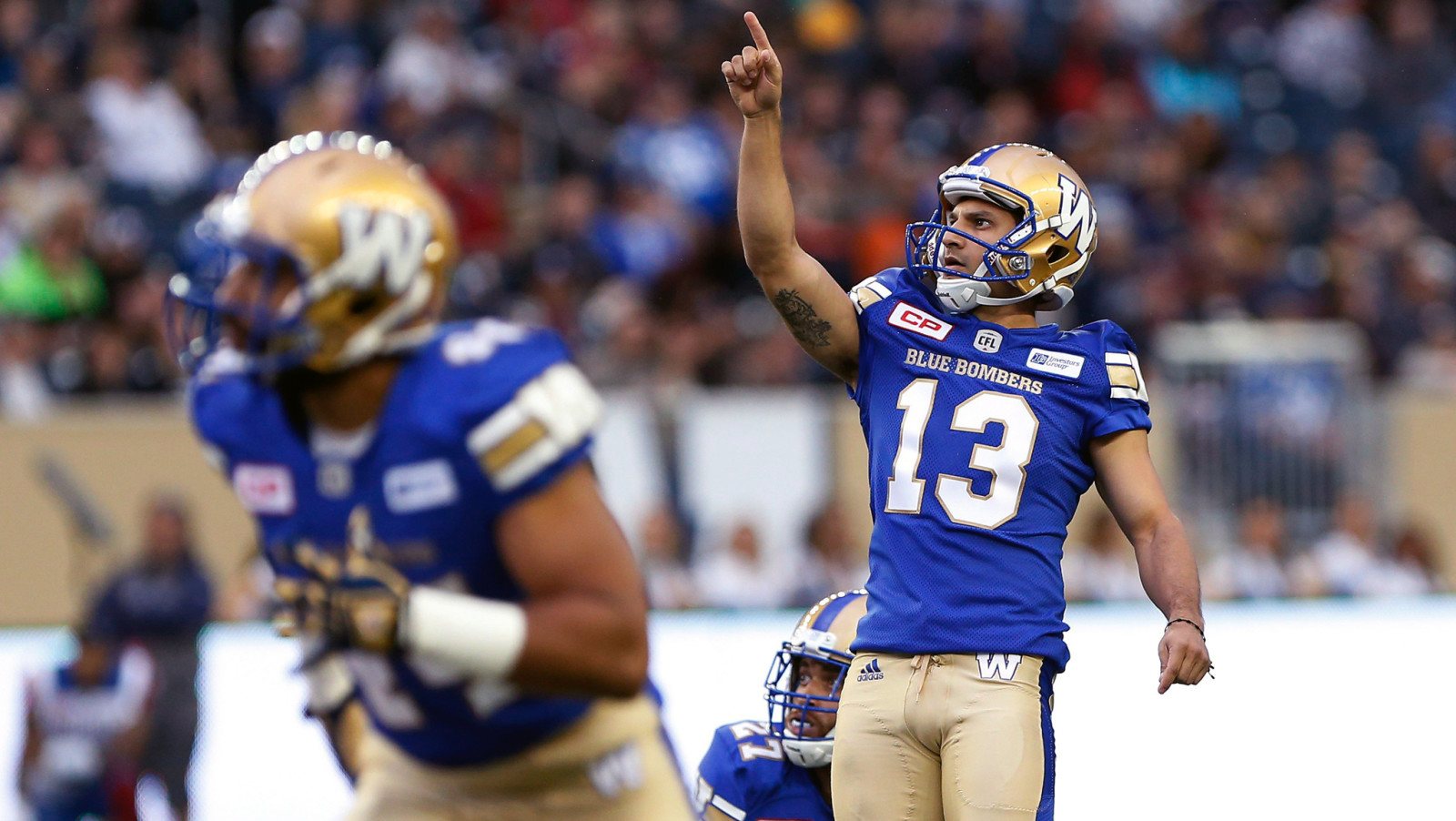 WINNIPEG — The Winnipeg Blue Bombers have acquired American kicker Sergio Castillo in a trade with the BC Lions, in exchange for a conditional fourth round selection in the 2022 CFL Draft.

Castillo opted out of his two-year Canadian Football League contract in August of 2020 after the cancellation of the season to pursue opportunities in the National Football League. The Lions had maintained his CFL rights.

Castillo was with the Tennessee Titans during training camp this year, and played in seven games in 2020 with the New York Jets, connecting on 8-of-13 field goals, including a 55 yarder.

Castillo was signed as an undrafted free agent by the Atlanta Falcons in 2014, but made his professional debut with the Bombers in October of 2015, making all five of his field-goal attempts. He finished that year going 10-of-13 for the club before Justin Medlock was signed in free agency in 2016.

The team also announced on Tuesday that they have signed National kicker Gabriel Ferraro to the practice roster.