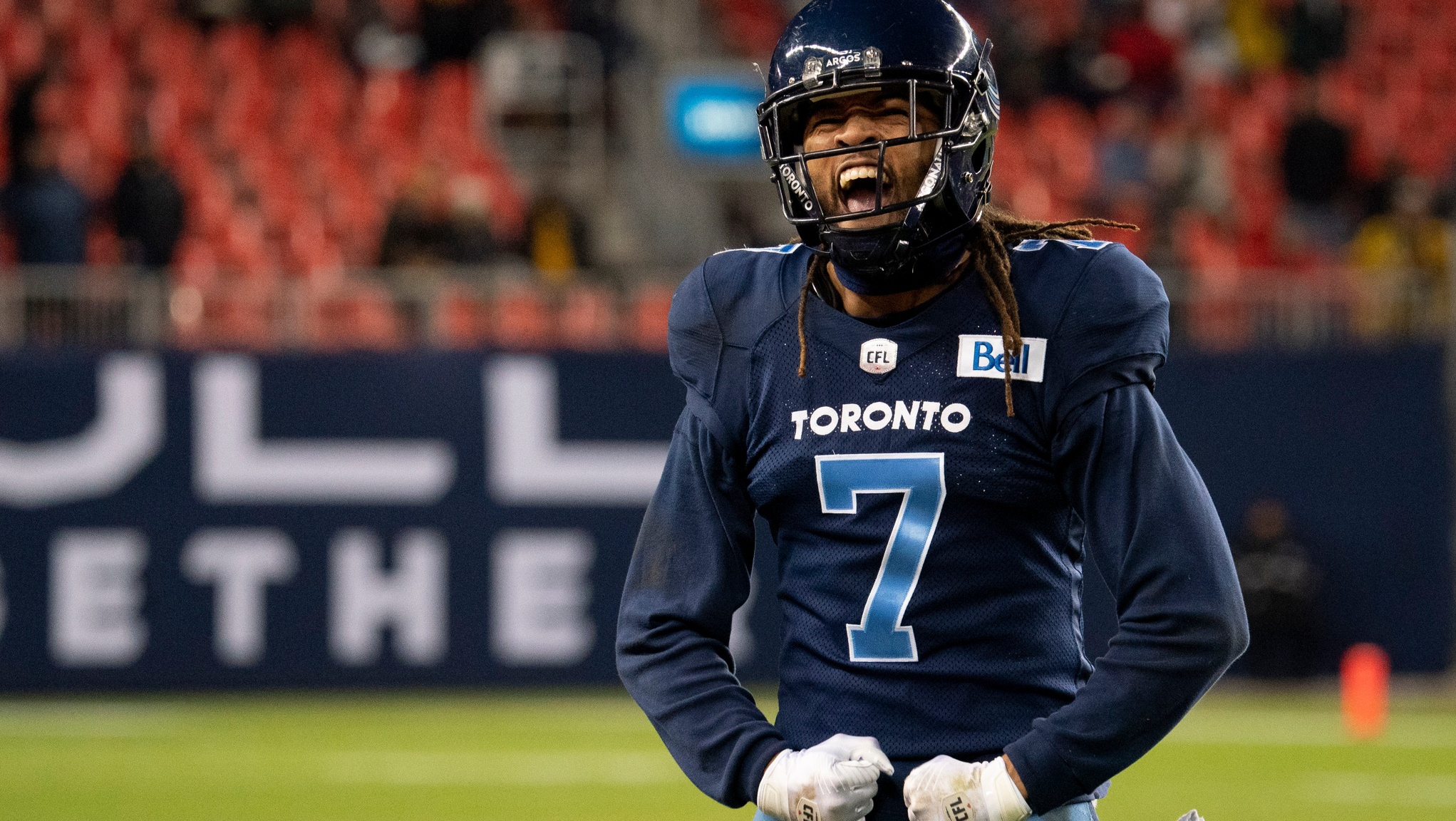 TORONTO — The Toronto Argonauts are playing their best football and building momentum at the right time with the playoffs rapidly approaching. The Argos clinched first place in the East Division after rolling off three straight wins, and they are now one playoff victory away from reaching their first Grey Cup since their championship season in 2017.

With pressure to get the job done against the playoff-bound Hamilton Tiger-Cats (7-6) on Friday night, the Argos (9-4) stepped up to claim a decisive 31-12 win that saw the entire team contribute in a dominant performance.

“It’s awesome. What a great time to play our best game,” said quarterback McLeod Bethel-Thompson. “I think we played our best cohesive game from all three sides. Defence, special teams and offence, we all played cohesively, and we all came together.”

Toronto is now one win away from wrapping up the regular season with a perfect 7-0 record at BMO Field, and the team hasn’t lost a home game since Sept. 28, 2019. Toronto will host the Eastern Final on Dec. 5.

“We’ve got the best fans in this league,” said receiver Kurleigh Gittens Jr. “We just try to come out every home game and put on a show for these guys. They deserve it.”

Toronto’s defence suffocated the Ticats for most of the game and finished with a pair of interceptions, including 78-yard pick-six by Chris Edwards in the final seconds that served as the final nail in the coffin.

Boris Bede has now made 14 straight field goals after nailing all three attempts against Hamilton, and the offence did their part by reaching the end zone twice while Bethel-Thompson completed 76 per cent of his passes.

“This is our best performance we’ve had all year, and I think it was just our focus,” said head coach Ryan Dinwiddie. “I told the guys after the game I felt good about this game going into it just because of the work week, and guys were just dialed in.”

Toronto’s defence also forced a pair of key sacks and didn’t surrender a point until late in the third quarter.

“I think this was one of the most complete games we’ve had as a team,” said linebacker Henoc Muamba. “The Hamilton Tiger-Cats are a really good team, and we came out here and we really showed why we’re in the position that we’re in.”

Bethel-Thompson threw a first-quarter interception, but he got the ball back just minutes later after the Argos’ defence forced a quick punt after a tackle for a loss. He said the entire offence excels with added confidence knowing their defence can easily bail them out.

“When you have a defence play like that, you know, I can throw that interception and they can shut it down and go two-and-out right away,” said Bethel-Thompson. “That was huge momentum that kind of stopped right there in the first half, and that shows you’re not afraid to make mistakes because your brothers got your back.

The Argos will have a short turnaround before facing the Saskatchewan Roughriders on Tuesday at 7:30 p.m. ET to wrap up the regular season at home.