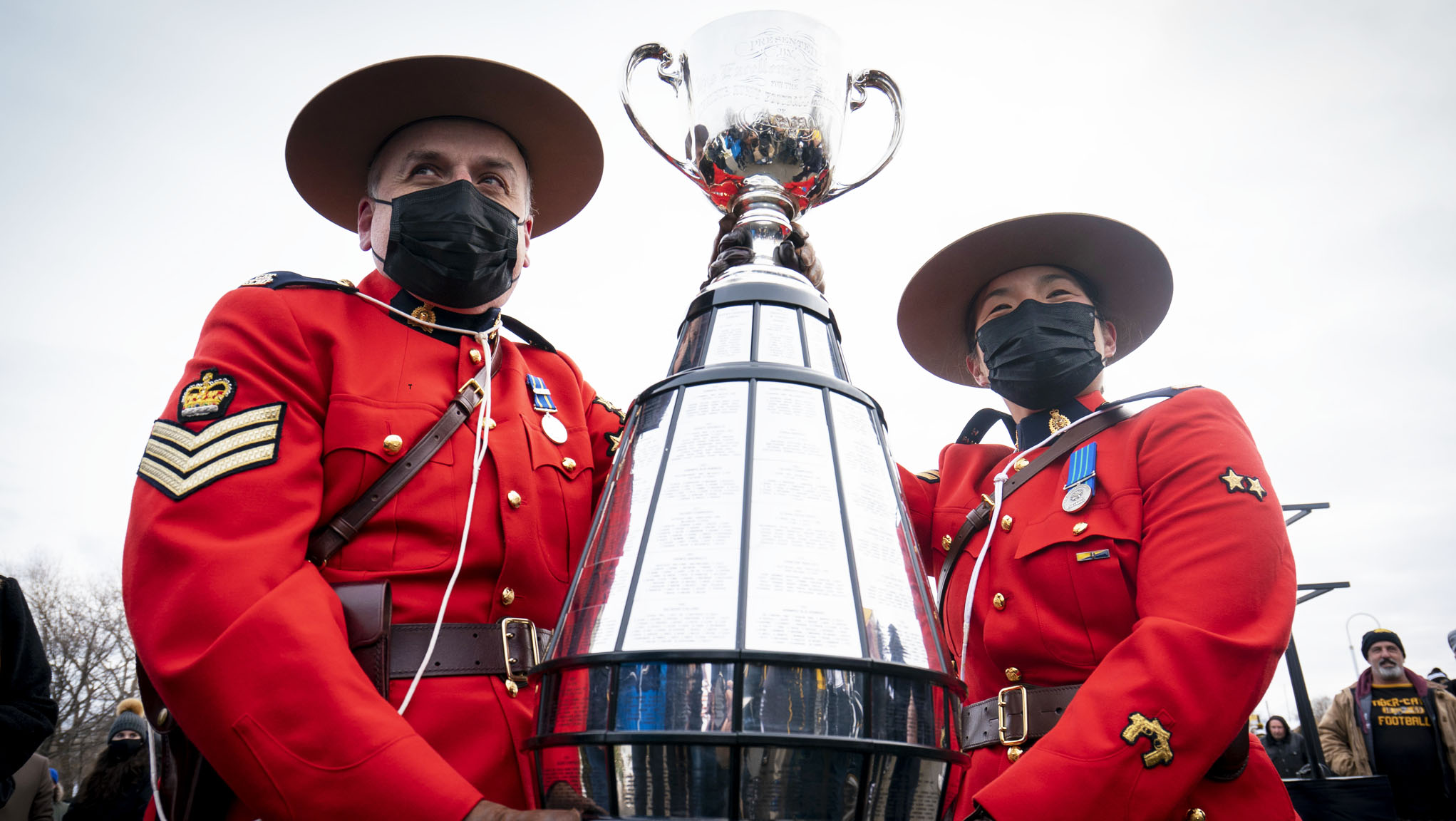 HAMILTON — The Grey Cup has made its way to Hamilton.

On Tuesday morning the coveted trophy arrived in Hamilton ahead of Sunday’s 108th Grey Cup matchup between the Hamilton Tiger-Cats and Winnipeg Blue Bombers.

Canada Drives then delivered the pair to the centre of the park for a land acknowledgement and a brief ceremony to officially welcome the iconic trophy to the home of the 108th Grey Cup.

Made a friend on the short flight to Hamilton this morning

A huge thank you to @CanadianForces @RCAF_ARC for letting me tag along with @RandyAmbrosie to bring the Grey Cup to Hamilton!

The event kicked off Grey Cup Week ahead of the big game on Sunday at Tim Hortons Field.