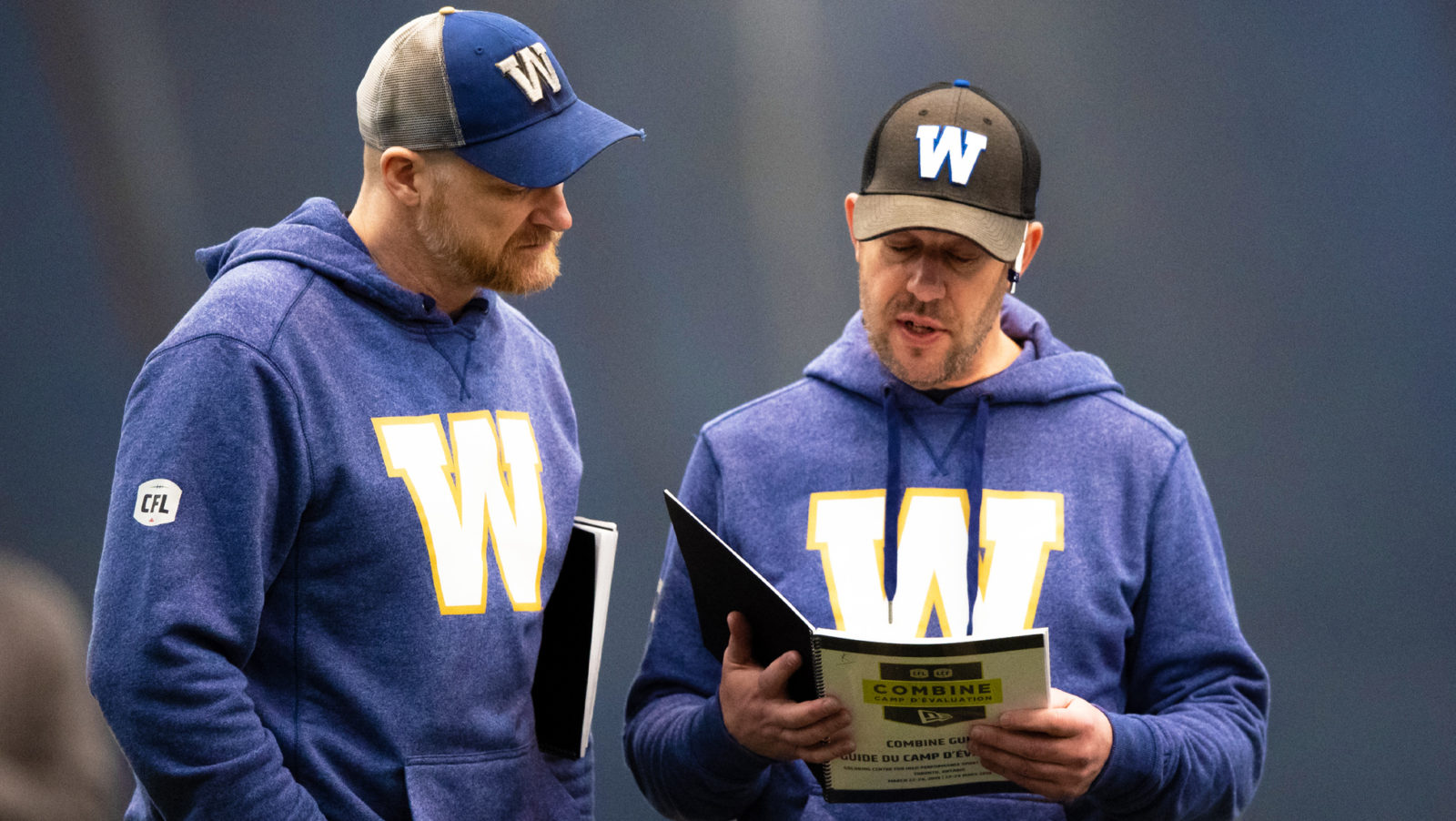 TORONTO — When the Winnipeg Blue Bombers took home the 107th Grey Cup presented by Shaw, nobody in the organization could have predicted how long it would’ve taken for the team to begin the defence of their championship.

That includes general manager Kyle Walters, who’s getting his team set to open the season with a Grey Cup rematch against the Hamilton Tiger-Cats.

“Do I allow myself to think about it? Not really,” Walters said about the long layoff between games. “We’re just focused on trying to put the best roster together, and it just feels like any other off-season, which is fantastic. Going through free agency, getting our roster set. Yes, it’s been a much more difficult off-season with the cuts and everything, but for right now, it feels like a regular off-season.

“…So when you’re plotting it out, we’ve got to get through all our draft meetings, get free agency taken care of, get the roster set and revisit the Global Draft, and then before you know it, it’s training camp, and it’s going to be so exciting to get back on a football field.”

Turnover is inevitable in sports, but especially during off-seasons in the Canadian Football League. As the team that just won the title, the Bombers were expected to lose some names through free agency.

A year ago, their biggest priority was to re-sign 2019 Most Outstanding Defensive Player Willie Jefferson, who was receiving interest from a number of other teams.

Despite heavy interest from both Hamilton and Toronto — who he formally visited — Jefferson returned to the Blue and Gold on a two-year deal. The Bombers weren’t finished with the additions there, however, as they also landed top defensive back Josh Johnson and linebacker Micah Awe to open free agency.

Episode 246: Kyle Walters on unique off-season & looking ahead to 2021

EPISODE OVERVIEW: Winnipeg’s General Manager Kyle Walters chats with Donnovan about the unique challenges and tribulations of the pandemic off-season, and looking ahead to the new landscape of the CFL post-COVID.

EPISODE RUNDOWN: Welcome to the Waggle presented by Sport Clips (0:00), Welcome Kyle Walters (2:07), Art vs. Science: is CFL GM the toughest exec job in sport? (5:28), Implications of a potential double draft class (9:01), Process of restructuring contracts and budgets (11:15), Has the pandemic made it easier to keep the Bombers championship roster intact? (20:28)

Matt Nichols was let go and Chris Streveler departed to join the Arizona Cardinals, but Zach Collaros came back after helping lead the team to a title. The championship roster remained intact for the most part and they added additional talent to open the free agency window.

Then, there was the 2020 CFL Draft, where Winnipeg welcomed in some great individuals with their handful of picks, landing talented halfback Noah Hallett — the brother of Bombers defensive back Nick — with their first pick before nabbing Nevada receiver Brendan O’Leary-Orange and defensive lineman Nicholas Dheilly.

But the members of that class weren’t able to get reps in during 2020. So heading into what will now be their rookie seasons, there will be another crop of draftees joining the teams, making it harder for some of them to secure roster spots heading into the 2021 season.

Adding to the intrigue is the virtual nature of the CFL Combine this time around. Walters and the Bombers’ staff will conduct interviews and draft assessments over computers rather than in-person. But Walters is looking forward to seeing the competition between all of his new National players.

“The young kids can compete with each other and compete with the veterans, and some teams will look at it as, ‘Alright, we can replenish our roster with some young Canadians.’ And you’re going to have some hungry Canadians.”

This is the best time of the year for CFL teams, as they can make or break their upcoming season within a matter of months through their performance in free agency and the draft.

The Bombers could have regressed mightily with their large number of pending free agents, but Walters and his staff have already been able to maintain some crucial pieces in Andrew Harris, Stanley Bryant, Jermarcus Hardrick, Jackson Jeffcoat, Brandon Alexander, Kyrie Wilson, Johnson, Nic Demski, and Pat Neufeld, to name a few.

“I honestly believe that the general mindset for our guys re-upping and wanting to come back and doing their part was that we’ve got a really good thing going here,” Walters said. “It’s a great locker room and a tight group of players, and it’s been a crazy, crazy year. The reality of the CFL is what we’re living through right now, let’s try to work through it as a team and reset in 2022.

“Maybe guys will explore other options or go back to, ‘Alright, we’ve gotten through this. Let’s see what happens in 2022 and maybe I can go get a bigger contract somewhere else.’ But I do believe it was more about team and unity and guys wanting to be together through these tough times.”

Only time will tell what Winnipeg will do in 2021, but they’ve put themselves in a prime position to contend for a Grey Cup once again this year.