Upon Further Review is a series that looks back at each team’s 2021 season, their key free agent additions and other staff and roster changes and looks ahead to their 2022 campaign.

What was not to love about the 2021 Montreal Alouettes offence?

A young quarterback who was unafraid to chuck it deep early and often supported by a viciously physical running back and big play receivers made for great entertainment, even if the wins didn’t come as often as the ‘oohs’ and ‘aahs.’

Vernon Adams Jr. was the CFL’s most aggressive downfield passer in 2019. Coming into 2021 – with so much time to analyze thanks to the pandemic – I wondered whether or not Adams Jr. would continue his love for the vertical theatrics, or if a more reserved and patient game would emerge.

To my surprise and delight, not only did head coach Khari Jones allow Adams Jr to continue challenging defences deep at unusual rates, the rate of deep throws actually went up!

Paired alongside the workhorse that was RB William Stanback, there was a real equation there for success. 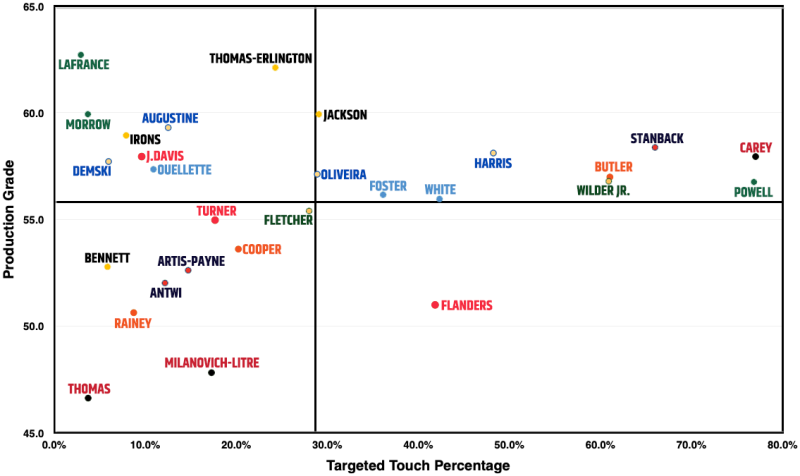 Unfortunately when Vernon left the field late in the season with an injury so too did the style of play that defined the Alouettes. Backup QB – and new Ticats passer – Matthew Shiltz held the fort admirably for a couple weeks before GM Danny Maciocia made the deal for Trevor Harris, whose tendencies and style of play could not be much different with a plethora of check downs and precision mid range shots.

Eventually the Alouettes running game would hit a brick wall against a tough Ticats defence and fall in the Eastern Semi-Final forcing Montreal to take a long look at how to improve in an increasingly competitive East Division.

Despite adding DB Tyrice Beverette from Hamilton, DL Avery Ellis from Ottawa, DB Mike Jones from Winnipeg and REC Hergy Mayala from Calgary, I believe this has been a tough off-season for the Als.

DL Woody Baron and David Menard leaving for BC will sting especially with the release of dynamic defensive end Jamal Davis II as he sets his sights on the NFL. Add the loss of DBs Tyquwan Glass to Winnipeg, Patrick Levels, Money Hunter and Ty Cranston to Ottawa and all of a sudden there are a variety of important defensive positions to fill against the likes of Dane Evans, Jeremiah Masoli and McLeod Bethel-Thompson.

Perhaps most important was Montreal’s ability to keep the majority of their offence intact with Eugene Lewis and Jake Wieneke both returning after leading the CFL in combined targeted touch percentage. 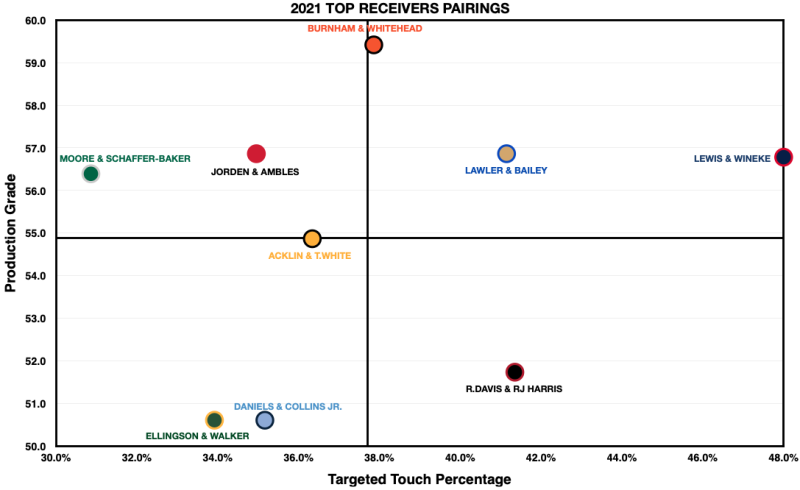 The off-season comments of Vernon Adams Jr. have been of great interest to me. First he was jilted by the re-signing of QB Trevor Harris, then he told newly-crowned Alouettes media mogul Joey Alfieri he is planning to play 2022 at 15-20 pounds heavier than last year.

There is no secret that William Stanback is one of, if not the best running backs in the CFL, but it’s still the CFL and the quarterback will still always determine the success of your offence which means Adams Jr.’s play and availability will define the Alouettes this summer and fall.

When Adams Jr. was in Hamilton, he was the fourth string quarterback who got few reps, transitioned to receiver for a couple days before asking for a move.

It’s important to remember how far he has come from being bounced around the Lions, Alouettes – the first time – Riders and Ticats to becoming one of the more exciting players in the CFL. If his development continues to track as it has over the last three years the Alouettes will have great success and the supposed QB controversy will be non-existent.

I have no doubt Trevor Harris will play at some point in 2022, that’s the nature of CFL seasons, but the future of the Alouettes in 2022 and beyond is very much in the hands of Vernon Adams Jr. and Khari Jones to guide his growth.

I hope the organization doesn’t lose sight of that because their ability to become a consistently feared team again depends on it.