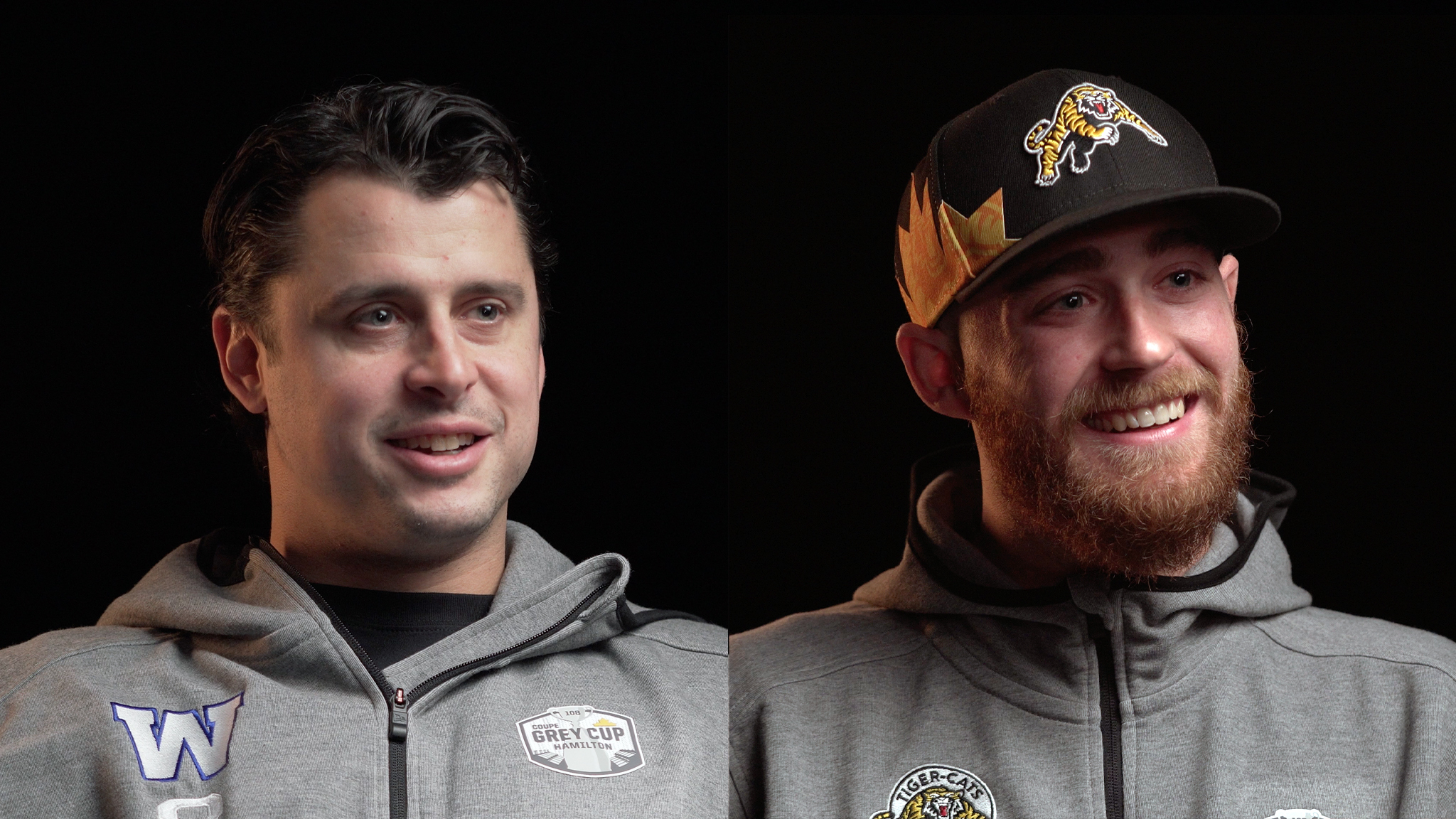 As the biggest game of the year looms, Donnovan Bennett sits down for a candid, 1-on-1 interview with Dane Evans and Zach Collaros.

After leading Hamilton to a come-from-behind victory in the Eastern Final against the Toronto Argonauts, Evans earned the starting nod for the Tabbies in the Grey Cup this Sunday. For the 28-year-old, winning a Grey Cup would mean a lot for him personally, especially after falling just short in 2019, but raising the Cup for the city of Hamilton in front of them would be that much more special.

“It means everything to me and this community,” Evans told Bennett. “It’s been 22 years since the Ticats have been champions and it’s been even longer than that since we’ve won at home. This town loves football. You should see the way they celebrate after a regular season win. When you’re out there it makes it matter to you a little bit more because you know this whole town is watching. I knew we’d be back here in 2021.”

Collaros led Winnipeg to a win over the Saskatchewan Roughriders in the Western Final, a game they hosted after finishing the regular season on top of the division. The 33-year-old, who led the Bombers to a win in the 107th Grey Cup against these same Ticats, gives credit to his success to his entire team. He says it was and full team effort him to help him achieve his best season yet and to him taking home Most Outstanding Player honours.

“The quarterback gets a lot of the praise when things are going really well and a lot of the blame when they’re not going well,” Collaros told Bennett. “I wouldn’t be sitting here if it wasn’t for our offensive line, our running backs, our receivers. I’ve never been in a locker room that you’re just around so many people that take this profession seriously and want to be great.”

Both quarterbacks will get their shot to lead their respective teams to victory in the 108th Grey Cup at Tim Hortons Field on Sunday.