VANCOUVER — For the second time in five seasons, there is a back-to-back winner of the award given to the top Canadian in NCAA football.

Hailing from Brampton, Ont., John Metchie III is the winner of the fifth Jon Cornish Trophy for the top Canadian in NCAA Football as selected by a panel of voters comprised of media across Canada. Metchie joins Ohio quarterback Nathan Rourke (2017, 2018) as a two-time award winner. He is the first unanimous selection as winner. 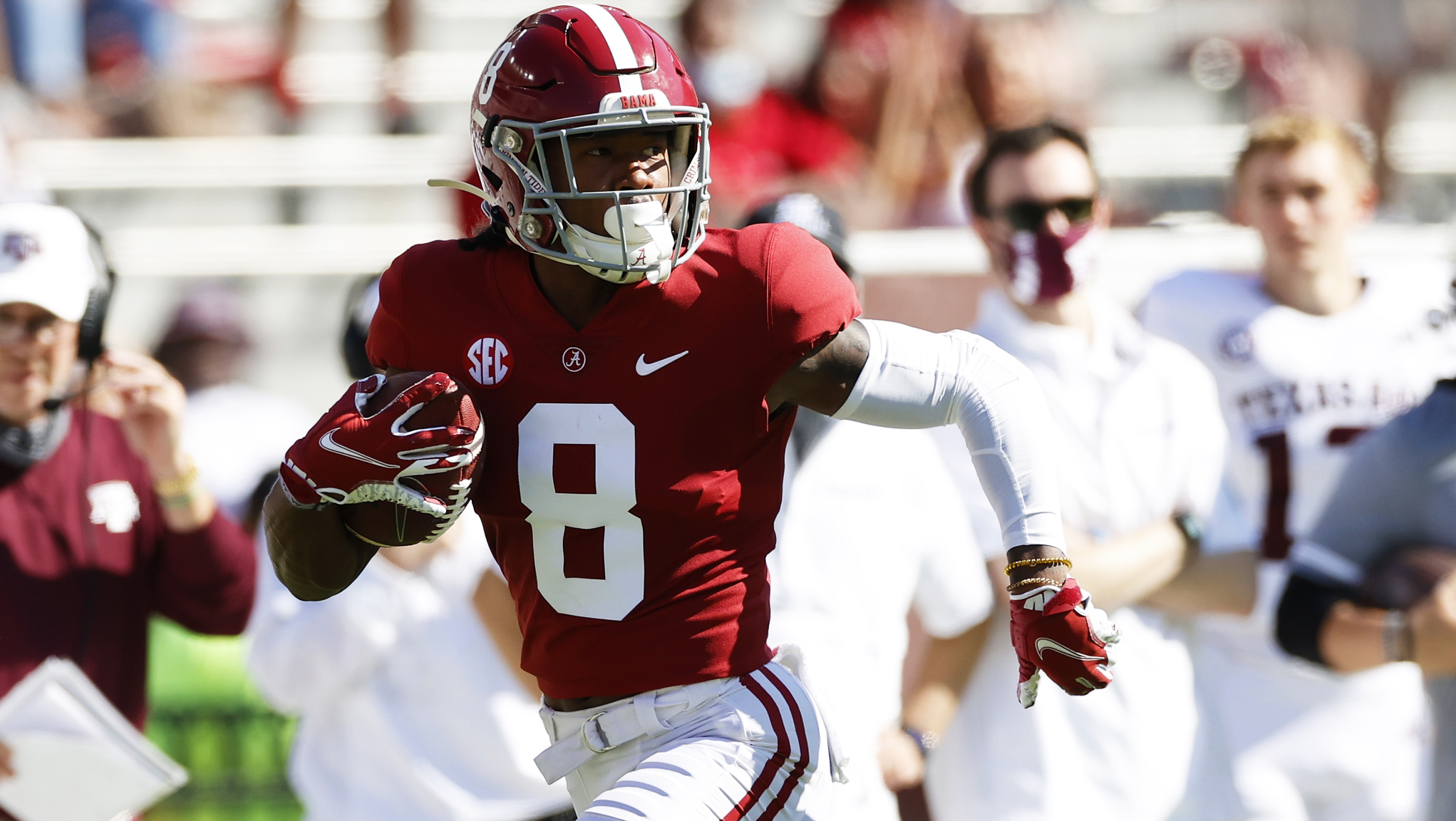 Metchie claimed the Cornish Trophy with a team-high 96 receptions for 1,142 yards and eight touchdowns in 2021. The Brampton, Ont. product is recovering from a torn ACL and has his eyes on the NFL Draft (Photo: University of Alabama)

“It feels great. It’s always great to be recognized by your country and your peers,” Metchie said. “Just like last year, this is an honour I share with my family.”

In terms of NFL Draft preparations, Metchie says he’s ahead of schedule in his knee rehabilitation.

“I definitely have a history of facing adversity both on the field and off of it, and this isn’t anything different,” Metchie said during his virtual acceptance.

“Recovery-wise, my knee has been doing really well, and I’m ahead of schedule. No speed bumps over the last four months, and I’ve been running for over a month now.”

Metchie was born in Taiwan and lived in Ghana before moving to Canada at the age of six.

In Ontario, he started his football path, then shifted stateside to play high school football in Hagerstown, Md., and post-secondary at the Peddie School in Hightstown, N.J.

The runner-up is Illinois Illini running back Chase Brown. After a slow start, the London, Ont. native caught fire and led Illinois with 170 carries for 1,005 rushing yards, five rushing touchdowns, and 14 receptions for 142 receiving yards in 2021. He finished third in the Big Ten in rushing yards per game (100.5), fifth in the Big Ten, and 27th in the nation in rushing yards per carry (5.9). Highlights included a 257-yard day against Charlotte and a 223-yard outing in an upset at Penn State.

Ontario natives dominated the voting as this was the first time all five finalists hailed from a single province. The patrons have awarded the Cornish Trophy presentations before the CFL and NFL Drafts.

In 2022, the upcoming trophy will be awarded in December.