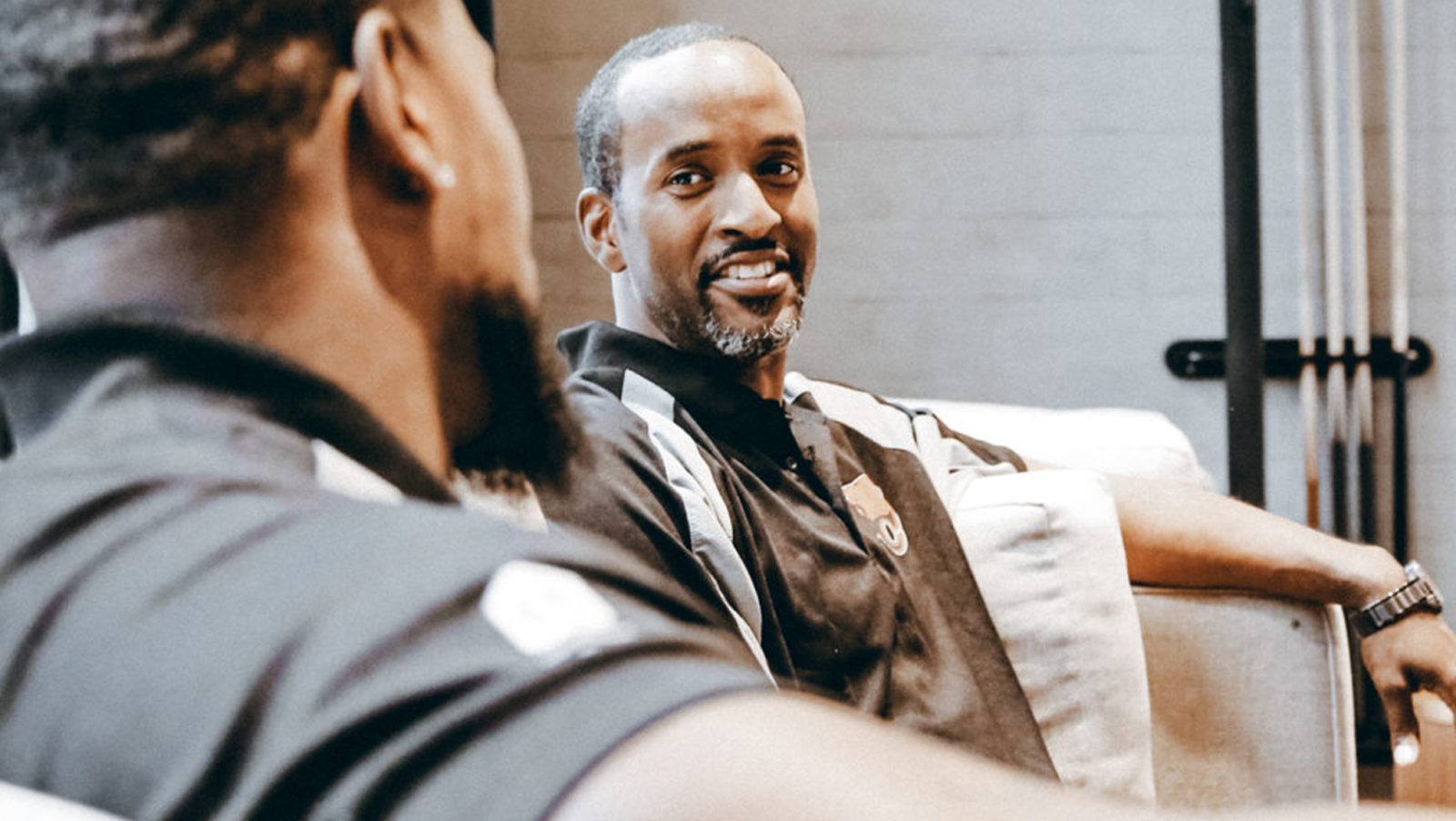 From the bright lights of Texan Christian University to suiting up for his beloved Dallas Cowboys to a trip across the pond for a stint with the Rhein Fire of NFL Europe, it was quite a windy path to CFL stardom for Jason Tucker. As he continues to prepare for what we hope will soon be the start of his first season as BC Lions receivers coach, the man we call ‘Tuck’ joined host Matt Baker on episode 32 of 1st and Now.

Plenty of topics were covered, including plans for what we hope will soon be a 2020 season. One thing is for certain: Tucker can’t wait to finally hit the field with a star-studded Lions receiving core that Tucker has been wanting to work with for a long time.

“Burnham was always one of those guys,” Tucker explained.

‘Especially working with coach (Khari) Jones  and he would tell me about him: he was like ‘man, you would love working with Burnham.’ I was like, ‘well, maybe one day I would like to get the chance to work with him.’ That day has arrived; if we have a season. Watching film on him, he’s a great athlete, a phenomenal athlete.”

However, the coach’s excitement extends way beyond number 16.

“What I was just really proud of in coming here was the wealth of Canadian talent that’s here,” he said.

“Shaq, Lemar, Jovan, it’s just loaded. We’re one of the only teams that has this much depth at receiver for Canadian talent. Those guys are threats for any team. It makes it easier for you as a staff, planning wise, knowing I’ve got three guys here I can count on. We’ve got the ratio taken care of in that aspect. It helps the defence in that aspect too because you’ve got three Canadian receivers, your offensive line is heavy and we can play more Americans on that side (defence), which gives them an advantage.”

As a kid who grew up in the Lonestar State, Tucker was also able to live out a childhood dream by suiting up for the Cowboys after his first NFL experience in Cincinnati was shortlived. You’ll hear him speak on what it was like to learn from veterans like Michael Irvin and Emmitt Smith, plus the added fun of having to scrounge up tickets for his many relatives in the area who were also diehard Cowboys fans.

In between the NFL and his remarkable seven-year career with Edmonton that was cut short after a serious neck injury in 2008, Tucker spent part of 1999 in Germany, playing for the Rhein Fire of NFL Europe. Seeing that part of the world was something Tuck always wanted to do, but he never in a million years thought football would allow him to do it.

“It was just enjoying the history and the scenery and all those things you can take in over there. I was in Dusseldorf, right there on the Rhein River so you could take boat rides up and down the river and just look at the castles that were along the river. It was like, ‘man, this is something.’

There’s also the history of Berlin. I was able to go down there and see all of that. It’s something that I’ll cherish for the rest of my life.”

And now he will hope to cherish a new career’s worth of memories with the Lions receivers.