EDMONTON — With the eighth overall pick in the 2022 CFL Draft, the Edmonton Elks have selected quarterback Tre Ford.

Ford marks the highest a quarterback has been selected since Sheldon Paris went seventh overall to Calgary in 1980.

This past season, Ford passed for 1,465 yards and added 629 yards on the ground in six games, en route to claiming the Hec Crighton Trophy. Ford finished his collegiate career with 71 touchdowns (56 passing and 15 rushing), while notching more than 7,000-passing yards. 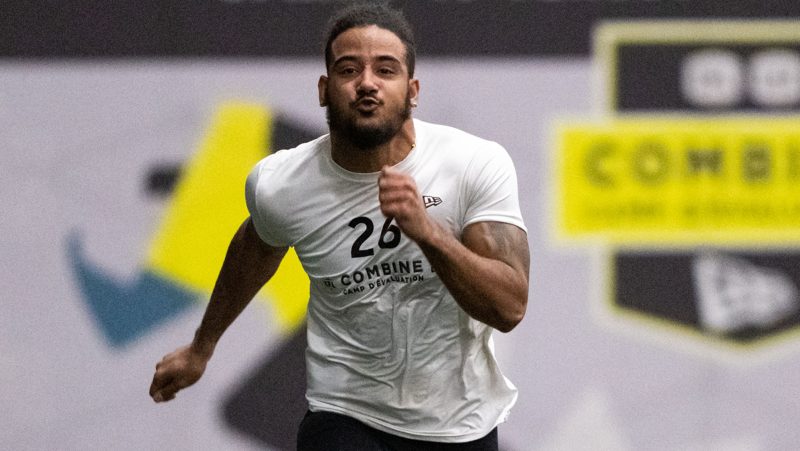 Tyrell Ford brings tremendous speed, ballhawking ability and if the Bombers need it, some return skills to the CFL (Kevin Sousa/CFL.ca)

Ford’s brother, Tyrell, heard his name called at 13th overall by the Winnipeg Blue Bombers. The two-time defending Grey Cup champions used their first pick of the draft — they traded out of the first round on Monday night in a deal with Montreal — on the highly-regarded defensive back.

Tyrell had an interception, two pass breakups and 12.5 tackles through five games in 2021 at Waterloo, with coaches scheming away from him through much of last year’s shortened U SPORTS season. He was the ninth-ranked prospect in the spring edition of the CFL’s Scouting Bureau.

Tyrell posted a Combine-best 4.42-second 40-yard dash at the Combine last month, after a strong showing at the University of Buffalo’s pro day.

At the CFL Combine presented by New Era, Tre Ford led all prospects with a time of 6.85 seconds in the three-cone drill. He also clocked a 4.45-second 40-yard dash at the University of Buffalo’s pro day.

Tre Ford was ranked No. 4 on the spring edition of the CFL Scouting Bureau.