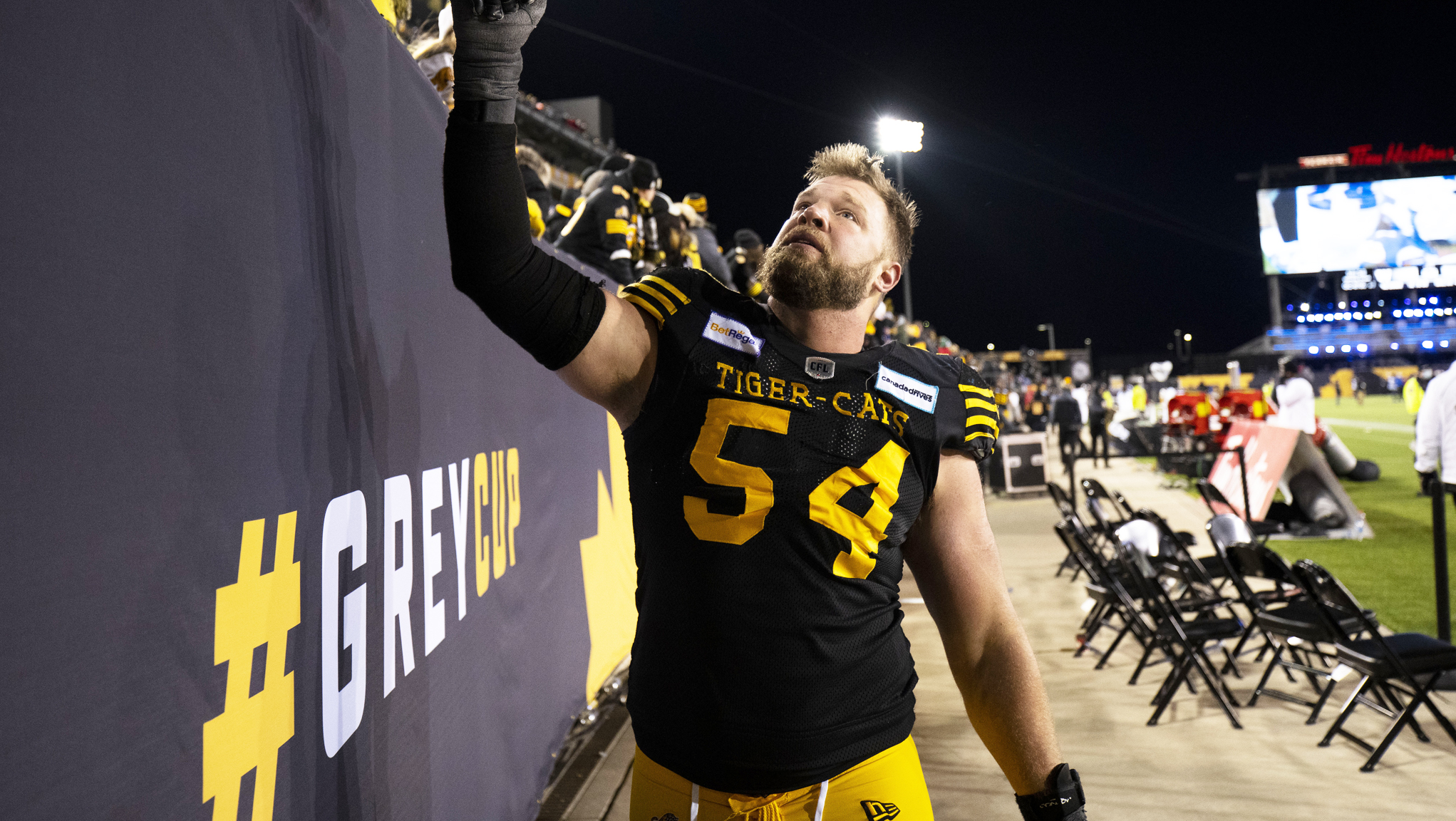 Van Zeyl was eligible to become a free agent on February 8.

“Chris is, without a doubt, an exceptional person with tremendous leadership skills,” said Orlondo Steinauer President of Football Operations and Head Coach of the Tiger-Cats. “Not only does he continue to be a premier lineman in the CFL, but he is extremely active and an important part of our Hamilton community. He is a champion, who happens to be a self-starter with an outstanding work ethic and we are excited that Chris and his family have chosen to remain with the Hamilton Tiger-Cat organization for two more years.”

Van Zeyl, 38, started seven games at right tackle for the Hamilton Tiger-Cats in 2021 and was named a division All-Star for the seventh time in his career (13,14,16,17,18,19,21). He is also a three-time CFL All-Star (13,17,19) and was named the CFL’s Most Outstanding Offensive Lineman in 2019. Van Zeyl has also received recognition for his work off the field and was named the Jake Gaudaur Veterans Award winner in 2021 for being the Canadian CFL player who best embodies the attributes of Canada’s veterans and the ones held by its namesake: strength, perseverance, courage, comradeship and contribution to Canadian communities.
The six-foot-six, 312-pound native of Fonthill, Ontario has appeared in 180 games with 171 starts over his 13 seasons in the CFL with the Tiger-Cats and Toronto Argonauts (2009-18), winning Grey Cups in 2012 and 2017 with the Argos. Van Zeyl was originally selected out of McMaster University by the Montreal Alouettes in the third round, 18th overall, in the 2007 CFL Draft before joining the Argonauts in September 2008.