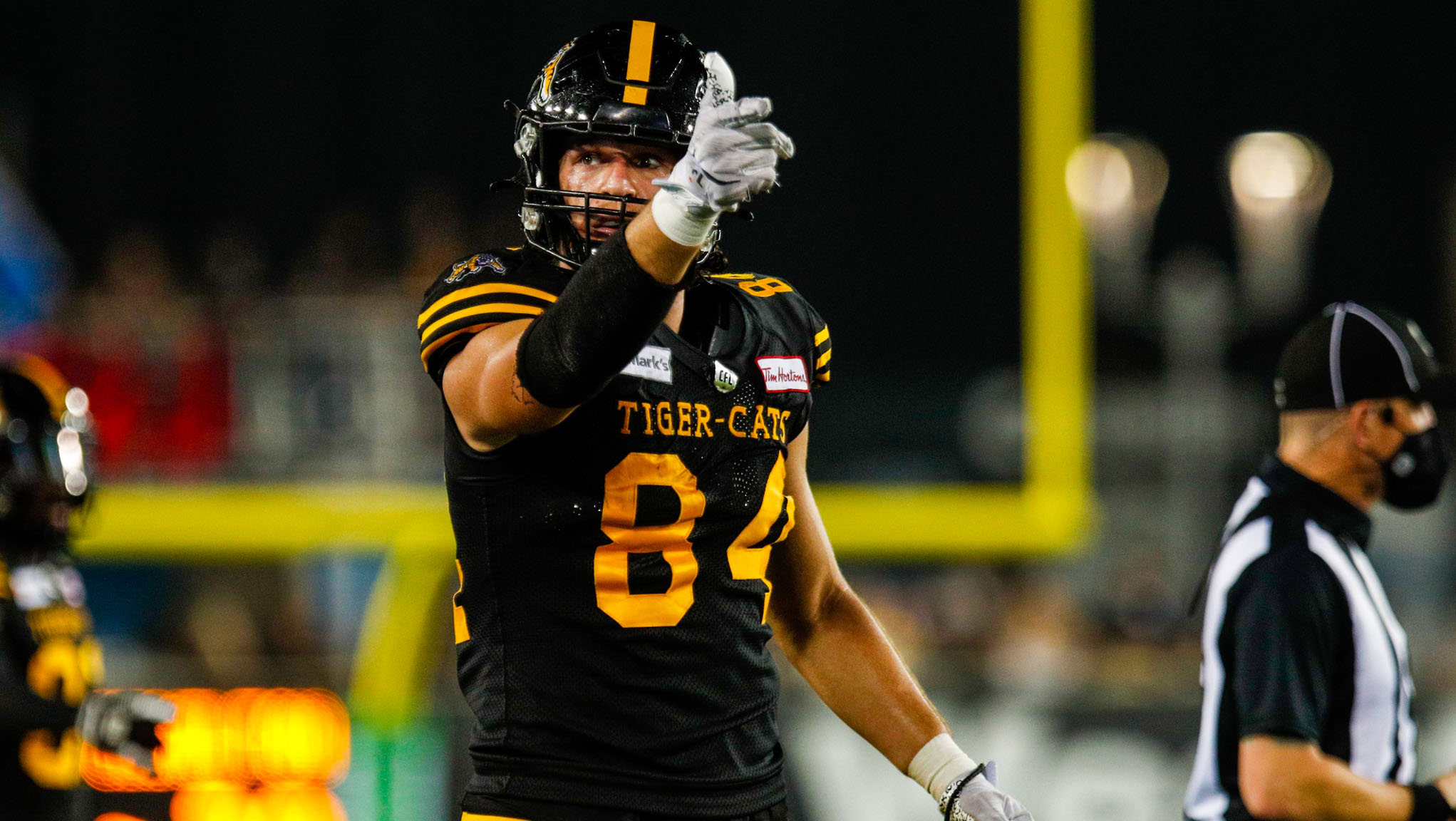 Kalinic, 25, played in all 14 regular-season games for the Tiger-Cats in 2021, registering 11 receptions for 86 yards and one receiving touchdown. The six-foot-five, 255-pound native of Toronto, Ont. has played 30 regular-season games for the Ticats over two seasons (2019, 2021) after originally being selected by the Tiger-Cats in the second round, 10th overall in the 2019 Canadian Football League Draft.

The York University product has worked out for several NFL teams since the conclusion of the 2021 CFL season, including the Seattle Seahawks, New Orleans Saints, Tennessee Titans, Green Bay Packers, New York Giants and Indianapolis Colts.